Indianapolis Colts running back Jonathan Taylor not spotted at practice 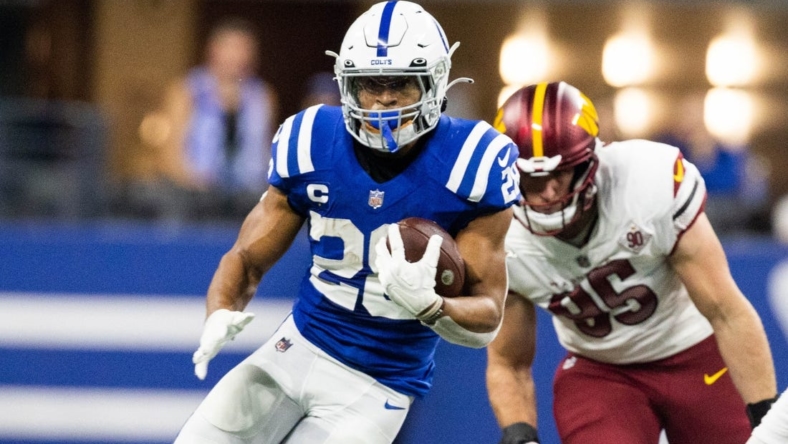 Indianapolis Colts running back Jonathan Taylor’s availability for Sunday’s game at New England is in question after he was not spotted on the practice field by beat reporters Friday.

Taylor has yet to participate in practice this week while dealing with a nagging ankle injury.

Should Taylor sit out on Sunday, Deon Jackson would be in line to start for the Colts (3-4-1) against the Patriots (4-4) in Foxborough, Mass.

Taylor, 23, initially sustained the ankle injury in the Colts’ 24-17 loss to the Tennessee Titans on Oct. 2. He sat out the next two games before totaling 85 yards from scrimmage in a 19-10 setback to the Titans on Oct. 23 and 76 in a 17-16 defeat to the Washington Commanders on Sunday.

Taylor has rushed for 462 yards and one touchdown and added 16 catches for 71 yards in six games this season.

Jackson, 23, rushed 25 times for 104 yards and a touchdown in the two games in which Taylor didn’t play. Jackson has five carries for minus-4 yards in the other three games in which he has played.