College Football Playoff contenders are working to avoid upsets, but a few programs are poised to play the spoiler role during the final weeks of the 2015 regular season.

Each of these teams has at least two opportunities to officially ruin an opponent’s dreams of reaching the championship tournament.

Bob Stoops’ team is the outlier of the list, since No. 12 Oklahoma has a realistic chance at sneaking into the College Football Playoff. However, the 8-1 Sooners are included because they probably won’t be the favorite in any remaining game.

Over the next three weeks, Oklahoma challenges sixth-ranked 9-0 Baylor (away), 15th-ranked TCU (home) and eighth-ranked 9-0 Oklahoma State (away). If the Sooners somehow manage to maneuver that stretch unblemished, they’ll not only crush multiple dreams but crash the party, too. 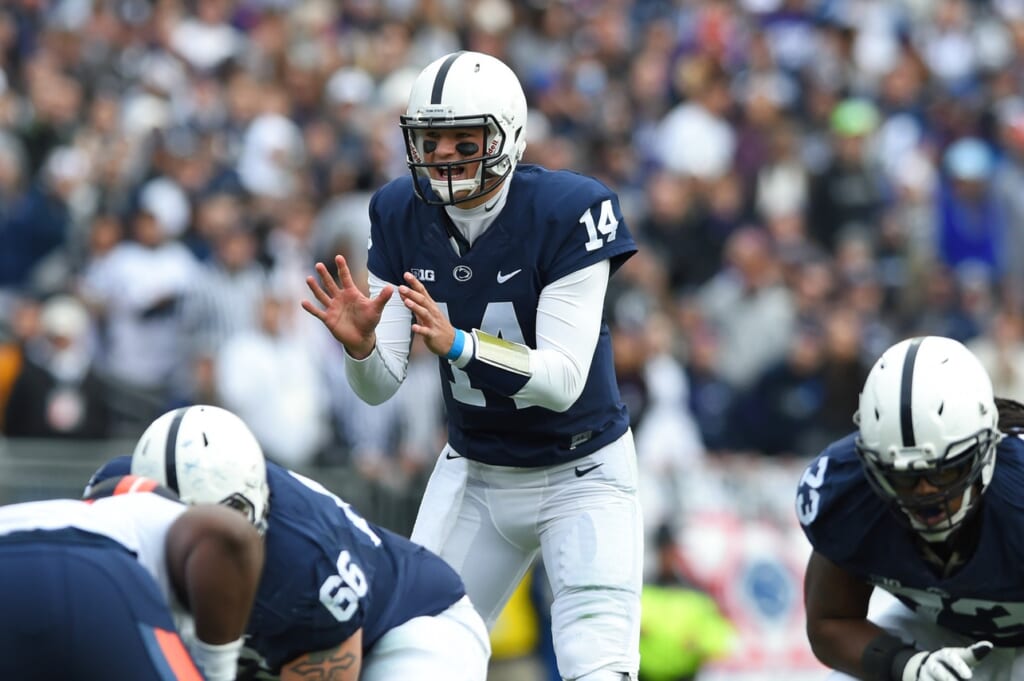 Although Ohio State is the leading candidate from the Big Ten, the third-ranked Buckeyes must knock out No. 13 Michigan State and No. 14 Michigan in successive weeks. Both schools have no room for error, but finishing 4-0 with wins over Ohio State and fifth-ranked Iowa could propel either school from the Mitten into the playoff.

That is, unless Penn State eliminates one or both anyway. The Nittany Lions battles U-of-M on Nov. 21 and MSU on Nov. 28. Led by a potential first-round pick in quarterback Christian Hackenberg, Penn State could derail the hopes of a Pure Michigan CFP appearance.

Sometimes college football gets weird. It wouldn’t get much weirder than South Carolina ending Florida’s potential run or destroying Clemson’s place among the top of the rankings. After all, the Gamecocks are 3-6 on the season and have an interim coach calling the shots.

Nevertheless, South Carolina has remained competitive against Texas A&M and Tennessee, falling by no more than seven points. Florida isn’t a College Football Playoff favorite, but the Gamecocks have the first opportunity to oust the SEC East Division champions (Nov. 14). Two weeks later, South Carolina hosts likely still-No. 1 Clemson. Will it get weird?

#UCLA is 19th in the Playoff Rankings now. In other news, @NateSilver538 puts the Bruins' odds of making the Playoff at something around 3%.

Admittedly, UCLA being involved is a more elaborate case. But if the Bruins finish 3-0, their second shot at a College Football Playoff contender will come during the Pac-12 Championship Game. On Nov. 21, UCLA is set to meet 10th-ranked Utah, which could reach the playoff if it wins four straight.

Should the Bruins edge Utah, though, the clash for the Pac-12 crown should be against No. 6 Stanford—a contender who needs a victory over a top-four Notre Dame team the week prior. There’s plenty of what-ifs here, but Stanford will likely be favored in each contest still on the slate. UCLA can spring the upset.