The 2021-22 college basketball season recently completed the stage basketball fans are always waiting for: March Madness. In the end, the Jayhawks of Kansas reigned supreme to win the 68-team NCAA tournament for 2022.

There are no college basketball games today. March Madness and the 2022 NCAA Tournament came to a close on Monday, April 4 when No. 1 seed Kansas beat No. 8 seed, North Carolina, in the championship game 72-69.

The Tar Heels fell short despite the momentum off of a historic win over Duke in the Final Four, ending Coach K’s career with a loss on the biggest stage. The victory gave Kansas their fourth NCAA tournament title.

The NIT Tournament is over with Xavier knocking off Texas A&M in the NIT Championship Game on Sunday with a buzzer-beater shot to win it all. This is Xavier’s first NIT championship since 1958. 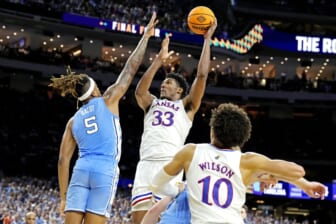 When does 2023 March Madness begin?