Clippers take over in second half to beat Pistons 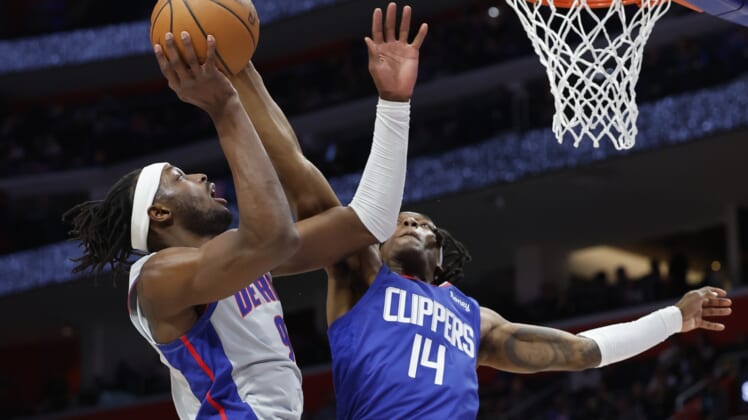 Marcus Morris Sr. fired in 31 points and grabbed seven rebounds and the visiting Los Angeles Clippers rallied from 18 points down to defeat the Detroit Pistons 106-102 on Sunday afternoon.

Ex-Piston Luke Kennard supplied 16 points off the bench for the Clippers, who have defeated Detroit in their last six meetings. Another ex-Piston, Reggie Jackson, contributed 15 points, nine assists and eight rebounds.

The Clippers missed their first 11 3-point attempts and trailed by as much as 18 points in the first half. Los Angeles had a 10-0 run in the second half but the Pistons still led by 14 at the break, 53-39.

Cunningham led Detroit during the half with 11 points six rebounds and four assists. Morris was the main source of offense for the Clippers with 15 points.

The Clippers opened the second half with a 9-3 run. Grant made a 3-pointer with 3:20 left in the quarter to give Detroit a 70-61 lead. Los Angeles then closed the quarter with a 9-2 spurt to cut the Pistons’ lead to two, 72-70. Zubac scored the last four points of the quarter with dunks off Jackson feeds.

Los Angeles pulled even at 80-all when Terance Mann made a floater three minutes into the fourth quarter. Kennard gave the Clippers an 85-83 lead with a 3-pointer. Kennard drained another long ball with 4:34 left to make it 97-92.

Cunningham assisted on a Bagley dunk and made a layup to pull Detroit within one.

Jackson answered with a step-back 3-pointer. Morris nailed a baseline jumper during the final minute to give the Clippers a six-point lead. Detroit never got closer than four points the rest of the way.