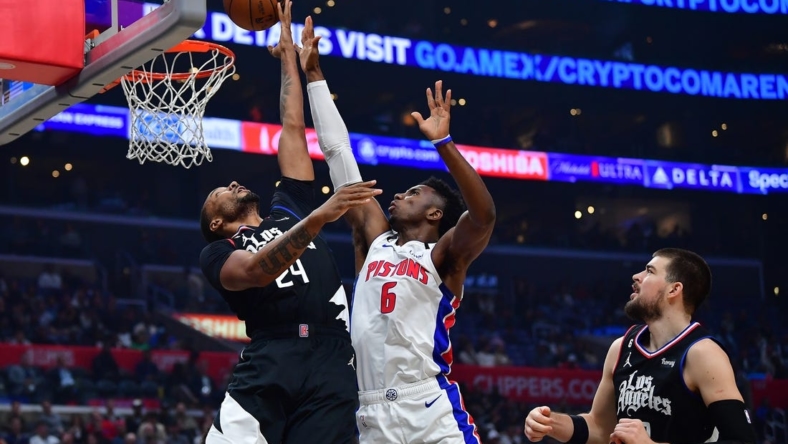 Reggie Jackson scored 23 points, Marcus Morris Sr. and Paul George added 16 each and the Los Angeles Clippers welcomed back Kawhi Leonard on Thursday by rallying for a 96-91 victory over the visiting Detroit Pistons.

Norman Powell scored 14 points and Ivica Zubac tied a career high with 18 rebounds as the Clippers extended their winning streak over the Pistons to seven games.

Leonard played in just this third game this season, scoring six points in 25 minutes while making his first start. The five-time All-Star last played Oct. 23. He had missed the last 12 games with residual knee soreness from ACL surgery in July 2021.

Saddiq Bey tallied 11 points and eight rebounds in his return to Detroit’s starting lineup. He was dropped to the second unit in a loss to the Toronto Raptors on Monday but was back with the starters again after Isaiah Stewart came away with a sprained big toe.

With the Pistons leading 73-70 and 9:45 remaining, the Clippers brought back their entire starting five from the bench. A 13-4 run, capped by a 3-pointer from Morris, gave Los Angeles an 83-77 lead with 6:25 remaining.

Leonard’s driving layup extended the advantage to 87-79 with 4:04 to play, and Los Angeles closed it out from there.

The Clippers pushed in front 68-67 after three quarters with a 26-17 advantage in the third period. Both teams were shooting under 40 percent through three quarters. Los Angeles finished at 40.7 percent for the game; Detroit shot 37.5 percent.