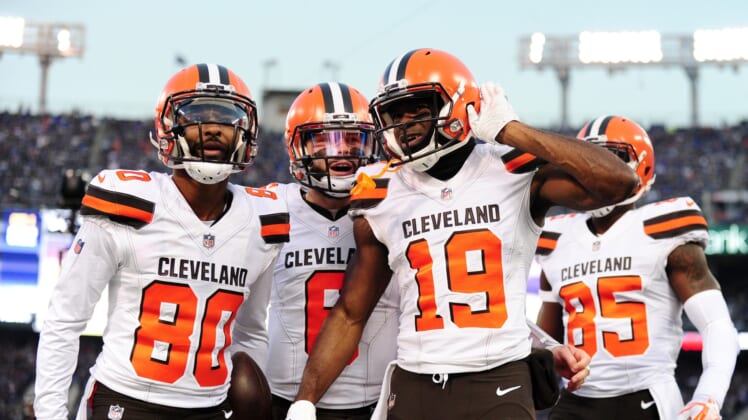 The Cleveland Browns have been plenty active thus far in free agency and are reportedly re-signing wideout Breshad Perriman.

Perriman will come on the cheap at a mere $4 million for 2019 after recording 340 yards and two touchdowns last season.

As a reminder, Perriman was an original first-round pick by the Baltimore Ravens from 2015. There with the Ravens, he was a complete bust. After injuries derailed his early career, in two seasons he managed a total of 576 yards and three touchdowns.

For now, Perriman will remain on an up-and-coming Browns’ offense that is finally poised for success with quarterback Baker Mayfield under center.