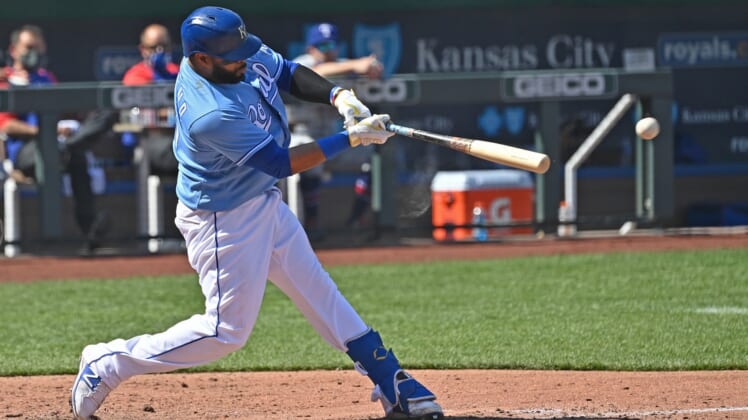 For the first time since 2011, the Cleveland Indians will have a home opener without either Carlos Santana or Francisco Lindor in the lineup as they host the Kansas City Royals Monday afternoon.

The Indians earned their first win of the season 9-3 over the Tigers on Sunday. Meanwhile, the Royals will be looking to regroup after falling 7-3 to the Rangers.

Lindor was traded to the Mets during the offseason, as the Indians sought to get something for him before free agency hit following the 2021 season. Santana was released in the offseason to avoid paying a hefty roster bonus.

Technically, this won’t be a home opener without Santana at Progressive Field, as he signed a free-agent contract with the Royals last December. He’ll be in the opposite dugout for the first pitch.

“We have admired Carlos for a long time within this division,” Royals general manager Dayton Moore said when announcing the signing in December. “We have watched him develop and mature into a productive hitter, a winning-type player. Very grateful he can be part of our organization. He fits in extremely well with our lineup and our players.”

When Santana steps into the batter’s box, he’ll be facing a much lighter Indians starter Logan Allen, who lost 35 pounds in the offseason. The 23-year-old left-hander will be making his first start in a year and a half.

Since he was acquired by Cleveland in the Trevor Bauer deal at the trade deadline in 2019, Allen has worked exclusively out of the bullpen. He owns a 3.79 ERA across 19 innings (eight appearances) as a reliever.

An impressive spring training (0.64 ERA over 14 innings, three walks and 18 strikeouts, and holding opposing batters to a .188 average) made his selection an easy choice for Cleveland manager Terry Francona.

“We just thought the way he pitched this spring, he really deserved it,” Francona said. “We had Logan scheduled to start, I just wasn’t ready to announce anything.”

The Royals will send veteran lefty Danny Duffy to the mound. There’s something new with Duffy as well. He wore No. 23 his first two seasons before switching to No. 41 prior to the 2013 season. But Duffy will sport the number 30 this year, in honor of his former teammate Yordano Ventura.

No Royal has worn 30 since Ventura’s death in a car accident in January 2017, but Duffy received the blessing of Ventura’s mother, Marisol, to wear it. Santana, who has worn 41 his entire career, will wear it with the Royals. Duffy didn’t ask for compensation from Santana. Instead, he asked for a favor.

“Oh man, just give me 30 bombs and a huge on-base percentage, play (your) position, be a good teammate,” Duffy said.