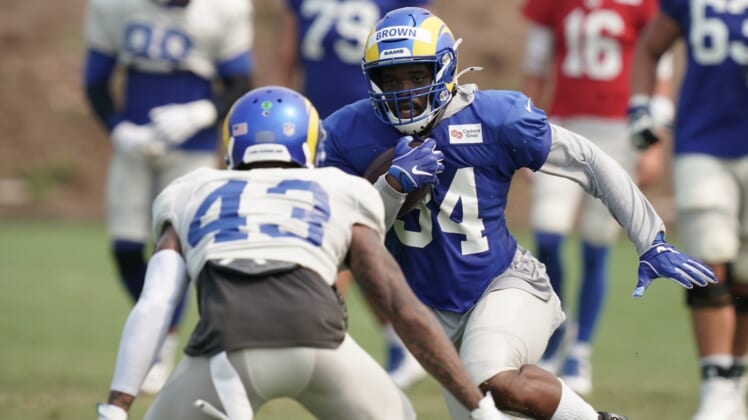 Johnson spent the past four seasons with the Los Angeles Rams, who had been expected to use the franchise tag to retain him. But salary-cap constraints tied the hands of Rams general manager Les Snead, and Johnson reached free agency.

“Really excited about what John Johnson is going to bring to our defense and our back end in particular,” Browns coach Kevin Stefanski said in a statement Wednesday. “He’s a dynamic player that will fit in well with our group. On top of that, I’m excited about the person, as much as I am about the player. He was the captain of the team out there in Los Angeles at such a young age and all the people that I’ve spoken to about him consistently rave about the person that he is and the leader he is for a football team, so we couldn’t be more thrilled to add him to the team.”

Johnson led the Rams with 105 tackles last season and was ranked third among safeties in overall performance by Pro Football Focus. He was a third-round pick out of Boston College in 2017.

The Browns also add their second-round pick in 2020, Grant Delpit, back to the mix. The 22-year-old safety missed all of his rookie season after tearing his Achilles tendon during training camp last summer.

The Browns also signed defensive end Takkarist McKinley to a one-year deal. McKinley, 25, had 17 1/2 career sacks in four seasons with the Atlanta Falcons after being picked in the first round (No. 26 overall) in 2017, the same draft as Johnson.