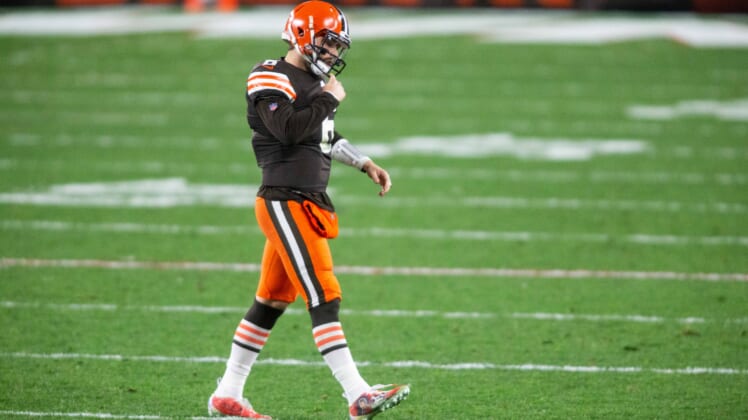 The Cleveland Browns excused quarterback Baker Mayfield from mandatory minicamp, wanting to avoid the distraction of their disgruntled former starter being around the team as they pursue a trade. However, it seems increasingly likely this could drag into training camp.

Cleveland engaged in trade talks with multiple teams this offseason, including the Carolina Panthers during the 2022 NFL Draft. Negotiations seemed to come very close, with reports indicating there was a realistic chance Mayfield landed with the Panthers. Ultimately, negotiations broke off.

Money is the problem. The Browns exercised Mayfield’s fully-guaranteed team option a year ago, locking him into an $18.8 million salary for the 2022 season. With Deshaun Watson and Jacoby Brissett on the roster, paying nearly $19 million for a third-string quarterback is a drain on the team’s salary cap.

NFL teams negotiating with the Browns know this. It’s why the Panthers insisted on Cleveland covering nearly $14 million of Mayfield’s 2022 salary. It’s a price tag the Browns still aren’t comfortable with, per Jeremy Fowler of ESPN on the You Pod to Win the Game podcast.

It means there is a significant gap in negotiations. To make matters worse for Cleveland, there is reportedly a divide within the Panthers’ organization on acquiring Mayfield to begin with. Considering the Seattle Seahawks are the only other team connected to the former No. 1 pick – with their interest tied to him being released – the Browns have limited options. 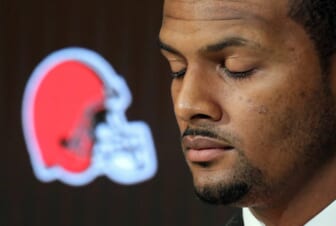 At this point, Mayfield being released seems unlikely. The Panthers do still have some interest in acquiring him and would go forward with a trade if the right money is offered. For Cleveland, covering $12 million of Mayfield’s salary and receiving a seventh-round pick is better than cutting him and taking the entire cap hit without any picks in return.

Timing will also play an important role. Mayfield needs time to settle in with his new team and training camp provides him a chance to learn an offense. If he is still on the Browns’ roster by August, his chances of starting for another team in Week 1 drop significantly.