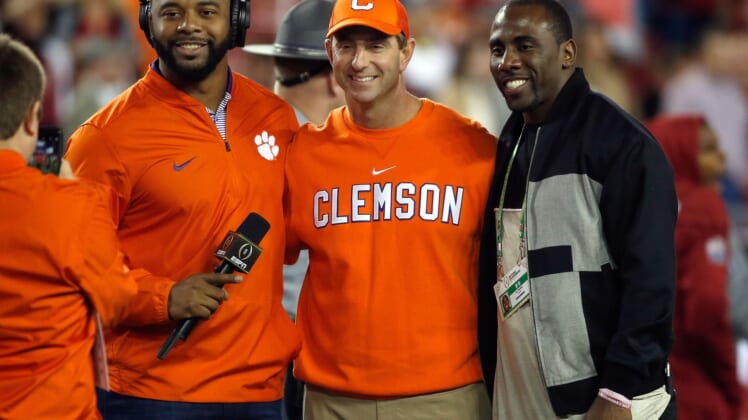 Clemson Tigers head football coach Dabo Swinney has had his program come under fire lately due to allegations of racism. On Monday, Swinney released a long video and issued a statement on racism, social injustice and police brutality.

Opening up his video statement, Swinney pointed to “a historic time in our world and in our country.”

He then vowed that “as a coach and as a team, we will do our part to create positive change against racism of any kind, social injustice and police brutality.”

“We have always had great leadership within our program and, man, this team is no different. It has been incredible to see this brilliant group of young people lead right now, and [I’m] so proud of them. This group of leaders on this team, they are ready to lead the way to being a part of the solution for this country.

Swinney concluded this portion of his statement by saying, “I stand with my players and I will help them any way I can to unify people and help create positive change.”

Over the weekend, a picture of Swinney circulated online. In it, he was wearing a “Football Matters” T-shirt. As many Americans are actively protesting in cities across the nation, with Black Lives Matter being one of their rallying calls, that shirt was seen by some as a particularly insensitive choice.

However, some of Swinney’s players have come to his defense. Trevor Lawrence said Swinney has been wearing that shirt for months, and other players denied the coach ever used a racial slur as he had been accused of.