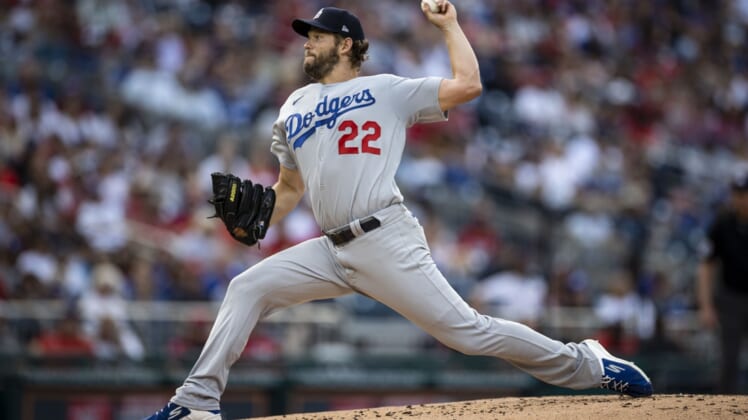 Kershaw, a three-time National League Cy Young Award winner, is 9-7 with a 3.39 ERA over a major league-high 18 starts. He has struck out 127 batters while issuing only 19 walks.

He only went four innings in his last start due to a rain delay that lasted one hour, 44 minutes. Kershaw gave up three runs on three hits with three strikeouts in an eventual Dodgers victory over the host Washington Nationals on Saturday.

Los Angeles was already down one starting pitcher for a much different reason. Trevor Bauer remains on the MLB administrative leave list while authorities investigate an allegation of sexual assault and strangulation against Bauer.

Manager Dave Roberts said that even when Bauer’s seven-day leave expires, he doesn’t believe Bauer will pitch before the All-Star break.

The Dodgers recalled right-handed pitcher Mitch White to take Kershaw’s vacancy on the active roster. White, 26, had made 12 relief appearances for the Dodgers when he was called up, compiling a 3.77 ERA and striking out 14 batters over 14 1/3 innings.

On Wednesday at Miami, White entered the game in the second inning and gave up a solo home run to the Marlins’ Jesus Sanchez.