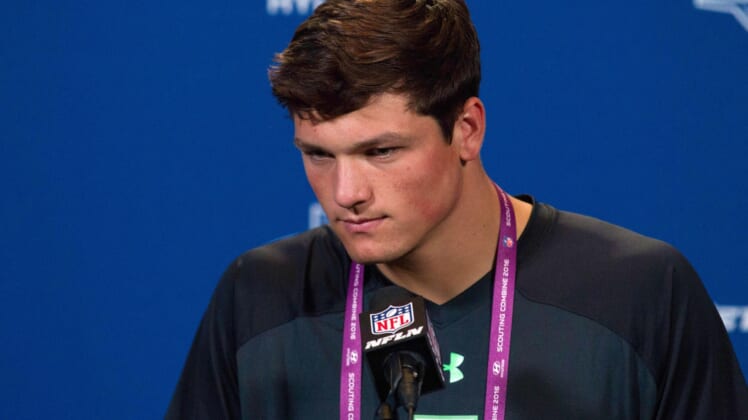 Less than 24 hours removed from yet another horrific preseason outing by Christian Hackenberg, the former second-round pick has been released by the Philadelphia Eagles.

Matt Lombardo of The Star-Ledger reported this news Friday.

Originally selected by the New York Jets out of Penn State, Hackenberg has now been traded by the Jets to the Oakland Raiders, released by Oakland, signed by Philadelphia and released by Philly in the past three months.

Hackenberg still has yet to throw a single pass in a regular-season NFL game.