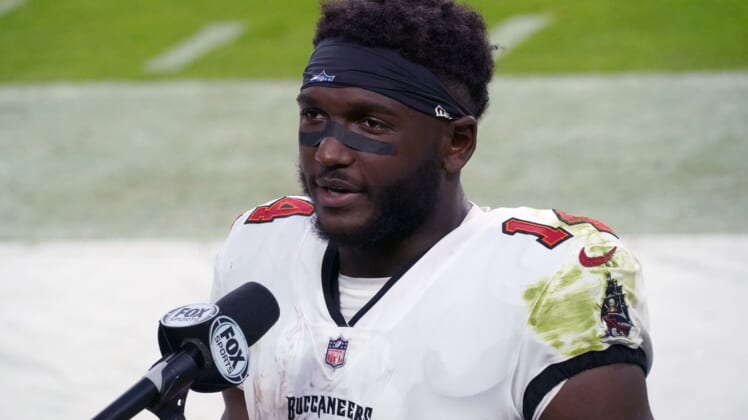 That’s why Tampa Bay placed the franchise tag on Godwin for the second time in as many years — guaranteeing him $18.42 million for the 2022 season if he signed said tender.

However, the goal for these Buccaneers all offseason has been to sign Godwin to a long-term contract extension. That came to fruition hours after the new league year opened on Wednesday.

According to NFL Media’s Ian Rapoport, Godwin has signed a three-year, $60 million contract extension with $40 million fully guaranteed at signing. The deal still enables Godwin to hit free agency when he’s 29. Hence, the shorter-term nature of the contract.

The two sides had been negotiating a long-term contract since he was franchised last March. While things were not tense between the two sides, it seemed that Godwin’s ACL injury back on December 19 would impact talks. That obviously did not happen.

With Tom Brady having decided to come out of retirement last week, the seven-time Super Bowl champion now has one of his favorite targets back in the mix. The two have connected on 77% of their targets since Brady joined Tampa ahead of the 2020 season. Meanwhile, Godwin and Mike Evans return to form one of the best wide receiver tandems in the NFL.

As noted above, the Penn State product received $60 million over three seasons with $40 million fully guaranteed. It represents the continuation of a wide receiver market that has increased big time in recent years.