Minnesota Vikings’ running back Adrian Peterson is set to be reinstated to the NFL today. However, the buzz going around is where exactly Peterson will play in 2015 if he does not remain with Minnesota.

Among other teams at the forefront of the race to land Peterson—who has expressed his uneasiness to play for the Vikings—the Dallas Cowboys stick out as a top suitor.

But will this photo that just surfaced predict Peterson’s 2015 destination? Yes, this is Peterson—with his father standing overhead—on his youth “Cowboys” football team. 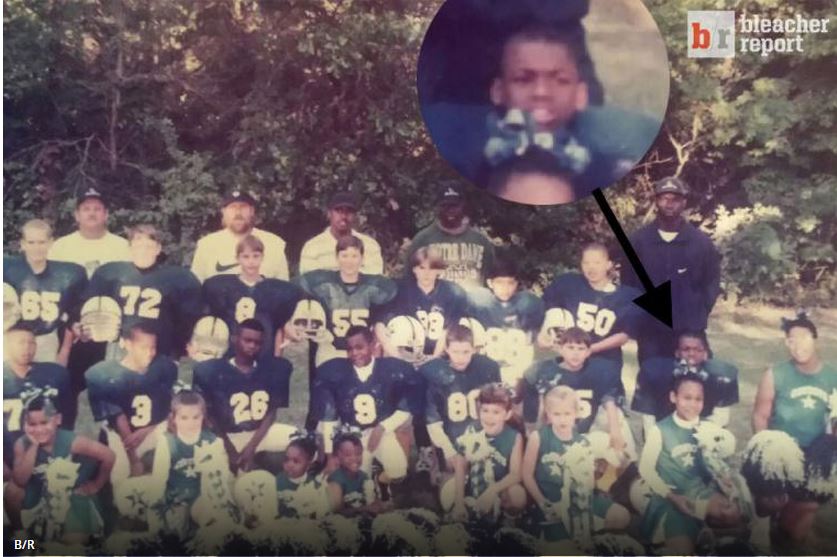 If the Cowboys have their druthers, Peterson will be suiting up in Dallas, donning the famous star logo and filling the sizable void left by the NFL’s leading rusher last season, DeMarco Murray.

Where do you think Peterson should play in 2015, or should he even be playing at all?