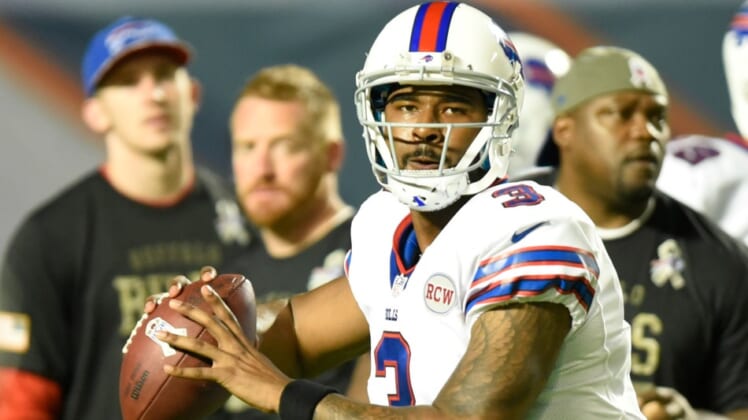 The Kansas City Chiefs are bringing in some rather interesting free agents ahead of the start of the new league year next month. That includes veteran backup quarterback E.J. Manuel.

We have signed the following free agents:

Currently, the only backup behind Patrick Mahomes is Chad Henne. Henne and Manuel will likely compete for the No. 2 slot behind Mahomes during the spring and summer months.

Manuel was drafted with high expectations 16th overall by the Buffalo Bills in 2013. He spent four uneventful seasons in Western New York and last served as a backup to Oakland Raiders quarterback Derek Carr.

Throughout his career, Manuel has participated in only 30 NFL games and his overall pass completion rate is 58.1 percent.

Needless to say, the Chiefs would be in poor shape should Manuel ever need to step in and cover for last season’s NFL MVP. Knock on wood.