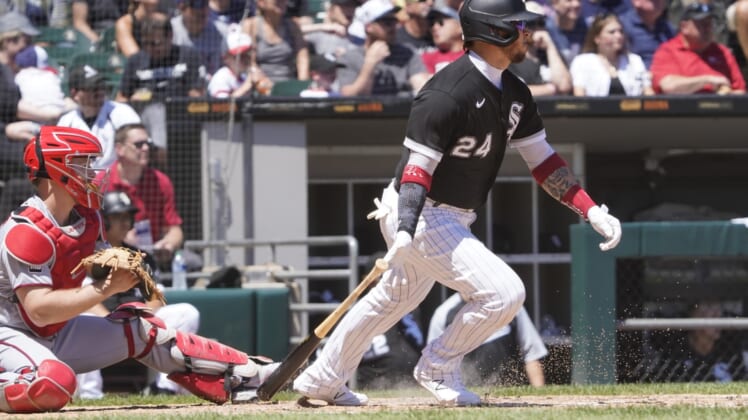 Chicago White Sox catcher Yasmani Grandal will miss four to six weeks with a torn tendon in his left knee.

Grandal suffered the injury during his at-bat in the sixth inning. Batting right-handed, he spun after checking his swing and dropped to the ground. He was unable to complete the at-bat and was pinch-hit for by Zack Collins, who went in to catch.