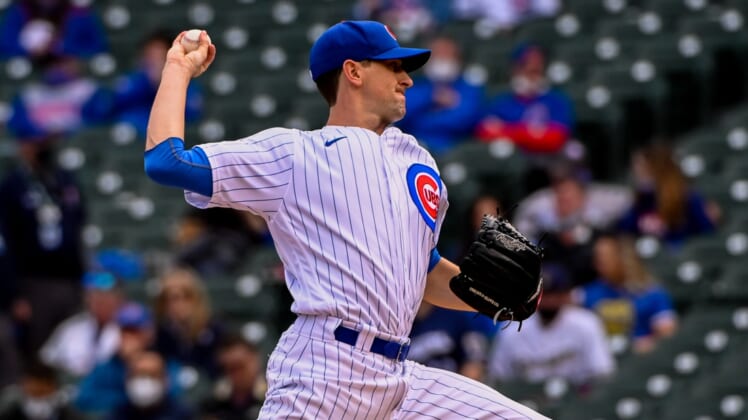 Monday’s game between the Chicago Cubs and the Los Angeles Dodgers was postponed due to inclement weather heading for Chicago.

Instead, the Cubs and Dodgers will play a split doubleheader Tuesday to open their three-game series. The first game will begin at 1:20 p.m. Central time, followed by Game 2 at 6:40.

Chicago was scheduled to start Kyle Hendricks on Monday against the Dodgers’ Walker Buehler. Both teams have yet to announce their pitching plans for the doubleheader.