Chicago Bulls big man Nikola Vucevic was placed in the NBA's health and safety protocols on Thursday, according to the team.

The Bulls listed Vucevic as out for Friday's game against the Golden State Warriors on their injury report.

According to NBC Chicago, Vucevic isn't traveling for the five-game Western road trip that starts with the game against the Warriors. He will miss at least 10 days.

Vucevic played 32 minutes during Chicago's 117-107 win over the Dallas Mavericks on Wednesday. He had 18 points and 10 rebounds. 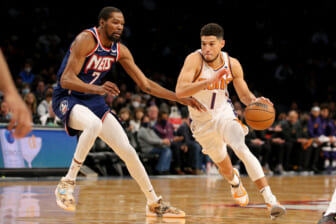 Vucevic was a two-time All-Star for the Orlando Magic before being dealt to the Bulls at last season's trading deadline.