Injuries to Alshon Jeffery and Brandon Marshall Could Doom Bears

The Chicago Bears are planning to take on the San Francisco 49ers in a Sunday Night Football matchup that’s going to force them into a hostile environment on national television at the new home of the 49ers, Levi’s Stadium.

They are also going to be taking on the NFC powerhouse without the likes of starting offensive linemen Matt Slauson and Roberto Garza, which puts the team behind the proverbial eight ball against one of the better defenses in the NFL.

Speaking of being behind the eight ball, Chicago may also be without the likes of wide receivers Alshon Jeffery and Brandon Marshall, who are both questionable for this game.

In a possible indication that Marc Trestman’s team may in fact have to take the field at Levi’s without their two star wide receivers, the Bears promoted Josh Bellamy and Chris Williams from the practice squad.

According to Pro Football Talk, Jeffery was limited on Friday while Marshall didn’t take part in practice at all during the week.

The Bears had a season opener to forget, falling at home to underdog Buffalo and having standout wide receivers Alshon Jeffery (hamstring) and Brandon Marshall (ankle) emerge with injuries. Jeffery was limited Friday after missing the first two days of practice, while Marshall didn’t take part in any of the club’s three workouts this week.

In addition to this, No. 3 wide receiver Josh Morgan is unlikely to suit up against his former team on Sunday evening.

Needless to say, the Bears have some question marks at a position that many concluded would be a strength this season.

Both Jeffery and Marshall are dealing with somewhat minor injuries, so the longer-term impact doesn’t seem to be terribly big here. 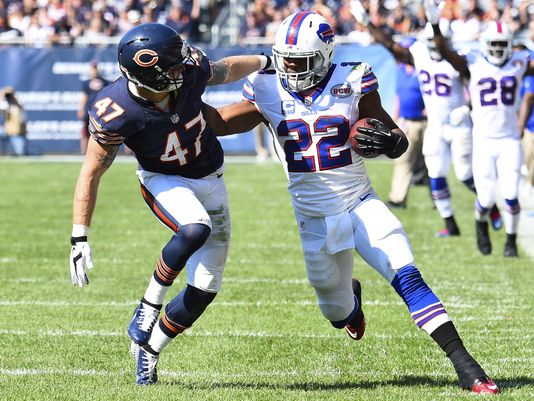 Some may conclude that by virtue of the Adrian Peterson issue in Minnesota and Green Bay’s Week 1 loss to the Seahawks, that a loss here in San Francisco might not be a big deal.

That couldn’t be further from the truth.

The Bears are coming off a heart-breaking season that saw them fall one game short of winning the NFC North. A game that they should have won against the Green Bay Packers at home in Week 17. They then followed that up with a horrendous Week 1 loss at home to a lesser team.

Considered an under-the-radar pick to challenge in the NFC this season, Chicago cannot afford to dig a further hole against a team that it will have to compete against in order to take the next step in the conference.

The larger issue here is at wide receiver, where Chicago has a substantial advantage over 49ers’ cornerbacks. With Tramaine Brock unlikely to go and Chris Culliver recovering from a concussion he suffered against Dallas, an already thin 49ers cornerback group may be even thinner on Sunday night. After all, the likes of Dontae Johnson and Perrish Cox finished last week as San Francisco’s top two corners. 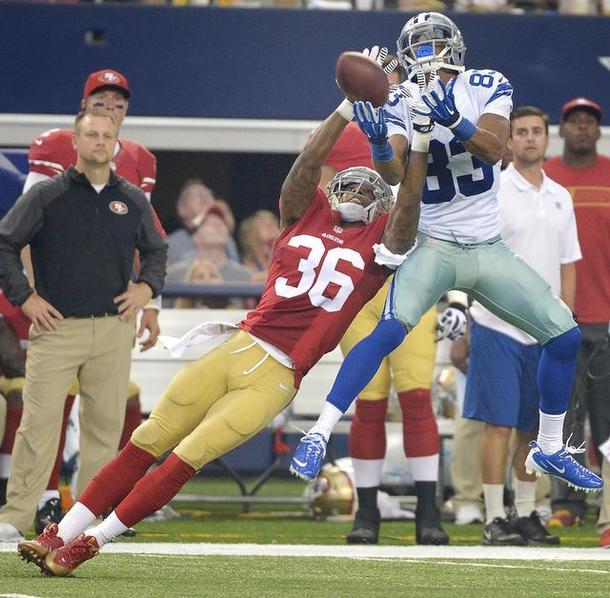 Courtesy of USA Today: Dontae Johnson played well in his NFL debut, but is he ready for prime time?

While both played well against Dez Bryant and Terrance Williams, this is an entirely new ball game. Cox was cut from the 49ers towards the end of last season, only to be picked up in time for the playoffs when Carlos Rogers pulled up lame. Johnson, a fourth-round pick out of North Carolina State, played well last week, but there is no way to tell how he’s going to perform against an extremely talented Bears wide receiver group. Of course this is all dependant on both Marshall and Jeffery suiting up, which doesn’t seem to be in the cards.

If they are unable to go, it means that Santonio Holes, Josh Bellamy and Chris Williams will be the only active Bears’ receivers for the game Sunday night. If one or both were to miss the game, Chicago is unlikely to keep this game close. And a blowout loss to the 49ers could send this team towards an early-season implosion.

Considering the Bears had tremendously high expectations prior to last week’s loss to the Bills, they may already be in panic mode. Short of performing well against one of NFC’s best, Mark Trestman’s team will likely find itself in a 0-2 hole. In order to avoid that, the Bears need all hands on deck.