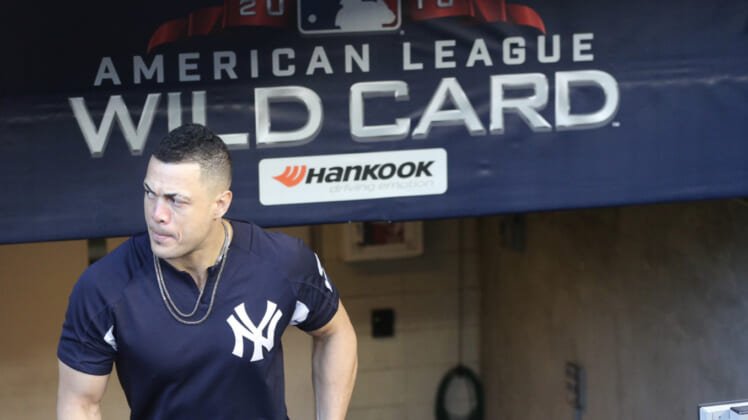 A total of one game separates three teams for the two American League Wild Card spots with less than a week to go in the season.

Despite losing two consecutive games, the Oakland Athletics are a half game up on the Tampa Bay Rays. Tampa bay is a half game ahead of the Cleveland Indians for the final spot.

This thing is definitely going down to the wire. And if the three teams were to finish the regular season on Sunday tied, the scenario is absolutely insane.

This scenario could include Oakland finishing with a 3-2 record while the Indians go 4-1 and the Rays finish 3-1.

If something like that were to happen, the A’s could choose to be Team C. That would allow them to ultimately host the loser of Monday’s game on Tuesday with an opportunity to do the same the following day in the American League Wild Card Game.

What’s even more interesting here is that Game 1 of the American League Divisional Playoffs are set to start Friday. For Oakland and Cleveland, that would mean playing 11 games in 12 days.