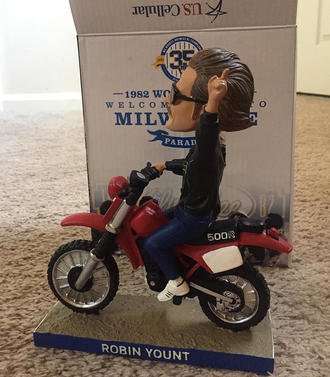 Robin Yount is right up there with Paul Molitor as one of the greatest players in Milwaukee Brewers franchise history. They are now honoring the Hall of Famer with an iconic bobblehead of him riding a motorcycle.

For those of us who were not on this planet when the Brewers captured their last pennant back in 1982, Yount became a legend in Wisconsin after riding his motorcycle around the warning track at old County Stadium after the team earned the American League championship. 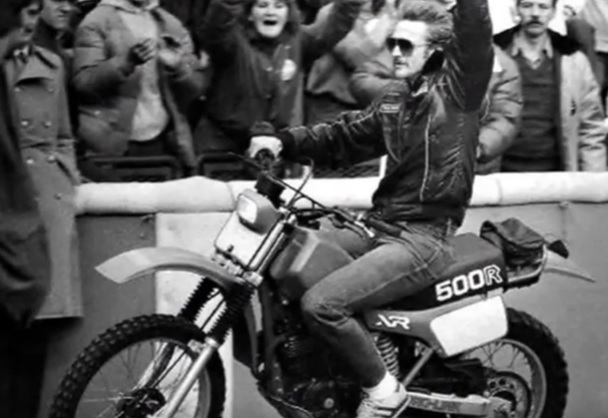 Milwaukee announced the giveaway on social media with a photo of the now 61-year-old Young riding his current hog.

Robin Yount Motorcycle Bobble Day is 5/28! RETWEET for a chance to win tix AND a signed bobble! RULES:https://t.co/BBD6YtlNp5 pic.twitter.com/3UgbUrXpxL

Unlike other giveaways around the baseball world, this will include 37,000-plus fans being handed what has to be considered a must-have bobblehead.

Yount played all 20 of his Major League seasons with the Brewers, putting up 3,142 hits while batting a solid .285. He retired in 1993 and was inducted into the Baseball Hall of Fame in 1999.