While there is still more than a month until the 2022 NFL season begins, Washington Commanders’ edge rusher Chase Young has already been ruled out for Week 1 and possibly beyond.

Young tore his ACL On Nov. 14, 2021. While the franchise held out some hope that he could return in time for the regular-season opener, it became evident in recent weeks that is unlikely to happen.

Addressing reporters before practice Friday, head coach Ron Rivera announced that Young will miss “a little bit of time” at the start of the regular season.

There is no concern about a setback. Dating back to May, reports out of Washington suggested the 6-foot-5 pass rusher was trending towards being doubtful to suit up in Week 1. Now that the season is just a few weeks away, it’s evident that Young’s surgically-repaired knee isn’t quite ready.

Young, the No. 2 pick in the 2020 NFL Draft, didn’t quite play up to expectations in his second season. He played a part in the Commanders’ defense taking a step back, but there are still sky-high expectations for him moving forward.

The Commanders have no reason to rush Young back onto the field. For the franchise, the decision to clear him medically will both depend on how he moves on the knee and how confident he is while cutting on it. 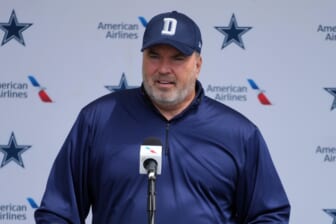 Currently on the Physically Unable to Perform list, Young can’t be activated until he is cleared to practice. He is a strong candidate to open the season on injured reserve, which would automatically rule him out for the first three games this season.