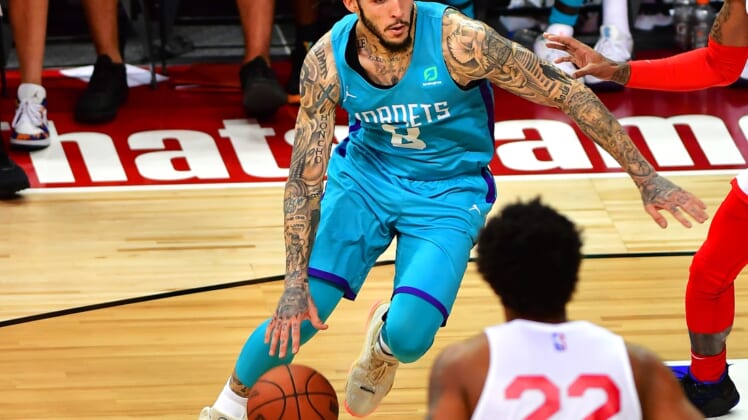 Terms were not disclosed, but The Athletic reported he signed a non-guaranteed contract and will report to the Greensboro Swarm of the NBA G League.

Ball, 22, had been slated to enter the Oct. 23 G League Draft. The signing allows Charlotte to acquire his rights, per the report.

Ball’s younger brother is Hornets guard LaMelo Ball, reigning NBA Rookie of the Year and the No. 3 overall pick in the 2020 draft.

His older brother, Lonzo Ball, is a guard with the Chicago Bulls and No. 2 overall pick in 2017.

LiAngelo Ball enrolled at UCLA in 2017 but was arrested for allegedly shoplifting in Shanghai, China, before the season opener and was suspended by the team. He withdrew from school and was not selected in the 2018 NBA Draft.

He played professionally in Lithuania in 2018 and later competed from 2018-19 for the Los Angeles Ballers in the Junior Basketball Association, a league founded by his father, LaVar Ball.