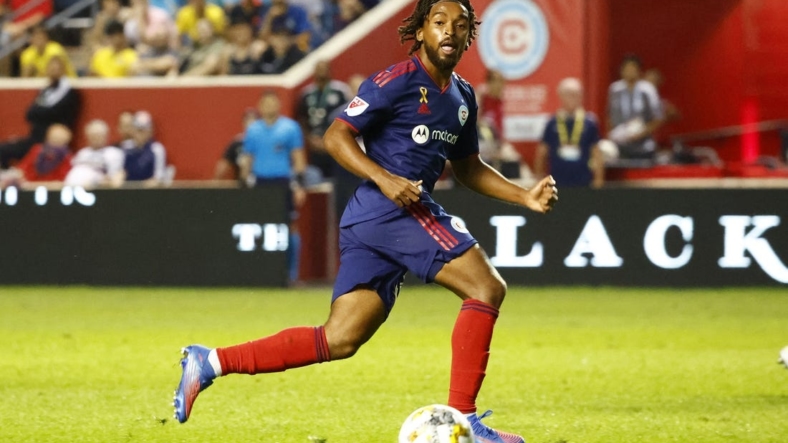 Charlotte FC and the Chicago Fire have quite a bit in common — which doesn’t offer a lot to be excited about.

But when they meet Saturday night in Chicago, a positive result for either team would make a late-season playoff push more of a possibility.

Charlotte FC (11-17-2, 35 points) snapped a three-game losing streak by beating New York City FC 1-0 last weekend. Keeping positive vibes for the final month of the season would be crucial for the first-year franchise.

“I think that the most important thing is to see progress,” interim coach Christian Lattanzio said.

Chicago (9-14-8, 35 points) has the same number of points, putting both clubs six points behind Columbus for the seventh and final playoff position in the Eastern Conference.

The Fire look capable at times, and that’s what concerns Lattanzio.

The Fire pulled out a 3-2 victory Aug. 6 in Charlotte. Chicago has struggled mightily since that result, going 1-4-2 in that span. That includes four games when the Fire didn’t score.

The Fire have a quick turnaround after Tuesday night’s 3-2 loss at CF Montreal.

Chicago coach Ezra Hendrickson said there are numerous lineup decisions to make. Sometimes he said he’s prone to go with more experience, but oftentimes he has looked at other options.

So the Fire has tweaked some alignments. That left defender AJ Reynolds playing as a winger in a recent game.

“Everyone that’s a professional athlete wants to be on the field, so it’s about learning quickly,” Reynolds said. “I feel that I’m starting to figure out movements that I need to play, starting to get comfortable.”

Both teams will deal with roster absences.

Chicago’s Jhon Duran, an 18-year-old striker, has been called up to the Colombian national team. Duran had five goals and three assists in 24 games (11 starts) with the Fire. His production includes two goals last weekend in the team’s only victory in the past month, when Chicago topped Inter Miami 3-1.

Charlotte FC will be without defender Christian Fuchs, who was given an extra game of disciplinary action based on an incident against New York City FC. In addition to missing the Chicago game as mandated by the red card, he’ll also sit out Oct. 1 vs. Philadelphia.