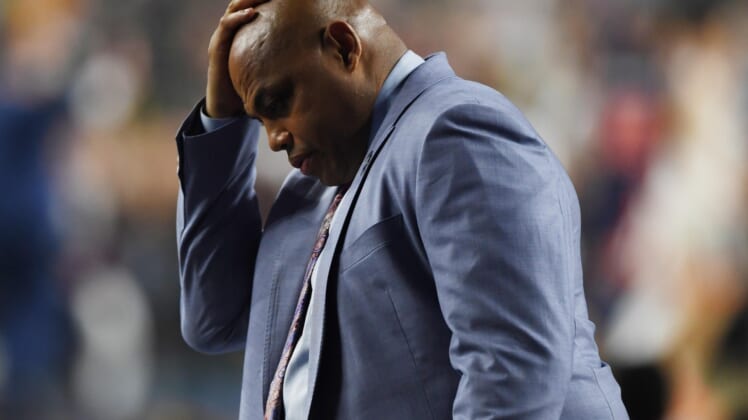 The Los Angeles Lakers are currently reeling in the wake of Magic Johnson’s sudden exit and the dismissal of former head coach Luke Walton.

Any coach who comes in to replace Walton will have the tall task of taking over a roster that is headed by LeBron James, who many believe is a general manager and head coach unto himself.

On that note, NBA legend and TNT analyst Charles Barkley was a guest on the Dan Patrick Show Wednesday morning and was asked who he’d chose to be the next Lakers head coach.

His response was perfect: “That’s not my job. That’s LeBron’s job,” he said, per Andrew Perloff.

Indeed, given that one of the candidates to replace Walton is a coach who has experience dealing with James it’s hard to argue against what Barkley is saying. Even if he’s joking, there’s at least a hint of truth in that statement.

Any coach that signs on with Los Angeles is going to have to be able to deal with the most influential player in the game today. Rumors of James’ influence on the Lakers last year were running rampant. And if the team struggles in any way next year, it’s going to be more of the same.