How the Chandler Jones trade shakes up the entire NFL

The Arizona Cardinals and New England Patriots were among the best teams in the NFL last season. Each competed in their conference’s title game, only to come up short.

Both teams took another step in terms of possibly contending for a title next season. New England traded Chandler Jones to Arizona in exchange for offensive lineman Jonathan Cooper and a second-round pick in April’s draft.

How might the trade of Chandler Jones to the desert shake up the entire NFL moving forward? That’s a question we must surely ask (and answer).

For New England, its loss to the Denver Broncos punctuated a season that started among rumors of and reports of another “cheating” scandal. That ill-fated title game also saw Hall of Fame quarterback Tom Brady hit a whopping 17 times in what was a disastrous performance from the team’s offensive line.

Without a first-round pick in April’s draft due to their alleged involvement in the aforementioned Deflategate scandal, the Patriots needed to find another avenue to add more talent along the offensive line.

They did just that in acquiring Cooper and a second-rounder in this year’s draft from the Arizona Cardinals in exchange for one of the league’s best pass rushers.

This trade also fills a tremendous need for the defending NFC West champion Cardinals, who had been rumored to be looking for pass-rush help this offseason.

A deal that makes sense for both sides doesn’t necessarily have a loser involved within it. Instead, both the Patriots and Cardinals filled key areas on Tuesday.

More than anything, it shakes up the entire landscape of the NFL heading into draft season. With that comes a potential change in the draft itself with the Cardinals now likely avoiding pass-rush help in the first round.

Let’s look at the Cardinals and the NFC first for a second here.

There’s little doubt that Arizona wouldn’t have been able to find anyone near Jones’ capabilities in either the first round or with the second-round pick it traded to New England here.

He will join 2015 second-round pick Markus Golden to form a solid young tandem of EDGE players in Arizona’s front seven. Add in the presence of veteran Calais Campbell, and things are surely looking up from this standpoint.

During what was an otherwise tremendous season for the Cardinals defense, their leading sack man was a 35-year-old Dwight Freeney, who recorded eight in 11 games after being signed off the street. Now a free agent, it’s not yet known whether Freeney will return to the desert next year.

After that, not a single member of the Cardinals defense recorded more than five sacks.

Instead of being able to rely on consistent pressure off the edge, the team’s scheme was predicated on blitzes from all angles of the defense to facilitate big plays for an elite-level secondary. 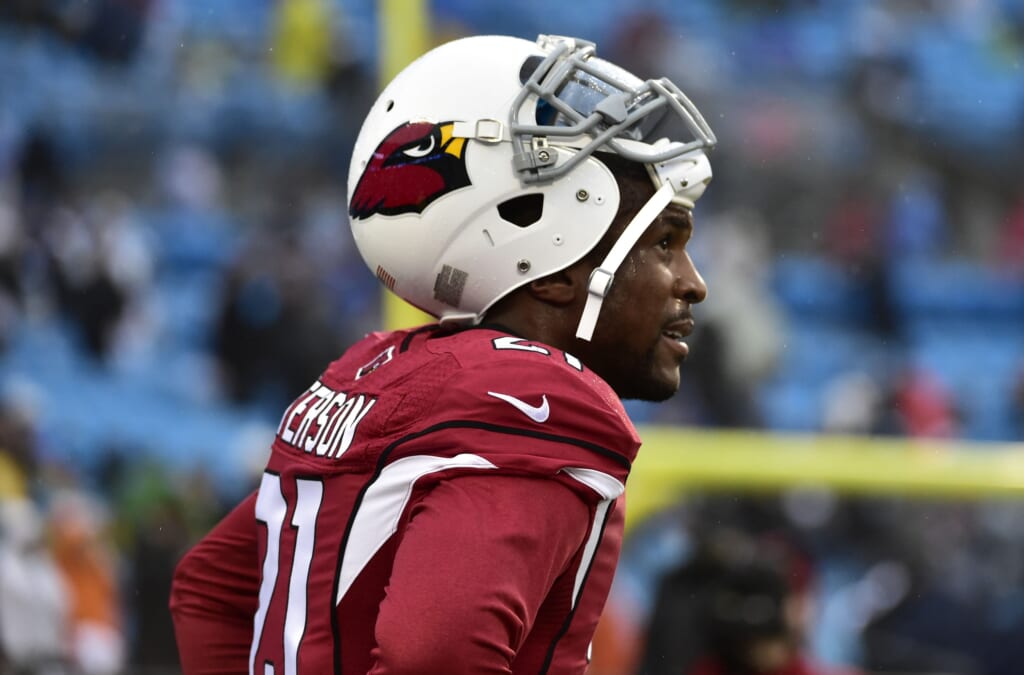 Adding someone with double-digit sack potential in Jones will not only make Arizona’s pass-rush better, it will lead to an even more dominating secondary led by Pro Bowlers Patrick Peterson and Tyrann Mathieu.

This is somewhat the same strategy that the Seattle Seahawks have utilized over the past several years. While the Legion of Boom has received most of the play in the Pacific Northwest, it’s Seattle’s front seven that has also dominated on a consistent basis.

Playing in an NFC West that boasts three pretty bad offensive lines, the trade to land Jones will put Arizona in a prime position to earn a second consecutive division title.

Think about this for a second. San Francisco 49ers quarterbacks were sacked 53 times last season. The team also lost starting guard Alex Boone in free agency and is unsure if right tackle Anthony Davis will return after “retiring” last season.

And while Russell Wilson was on top of his game for Seattle last season, he got no help from what was one of the worst offensive lines in the entire leagues. Overall, Wilson himself was sacked a ridiculous 46 times.

This doesn’t even take into account the fact that Seattle lost starting guard J.R. Sweezy in free agency and is on the verge of seeing left tackle Russell Okung sign with another team.

Losing 40 percent of your starting lineup on a bad offensive line isn’t necessarily a bad thing. Losing two of your best offensive linemen surely is.

With a potentially elite-level pass rush now that Jones is in the mix, Arizona has addressed one major area of weakness. It did so by taking advantage of issues other teams within the division have.

One other major takeaway from Arizona’s perspective. By adding a pass rusher — the biggest need heading into the draft — this team is now able to focus on potentially selecting a quarterback of the future with the 29th pick.

Whether one of the top-three signal callers is available there, no one really knows. Paxton Lynch could potentially fall down the draft board come April. 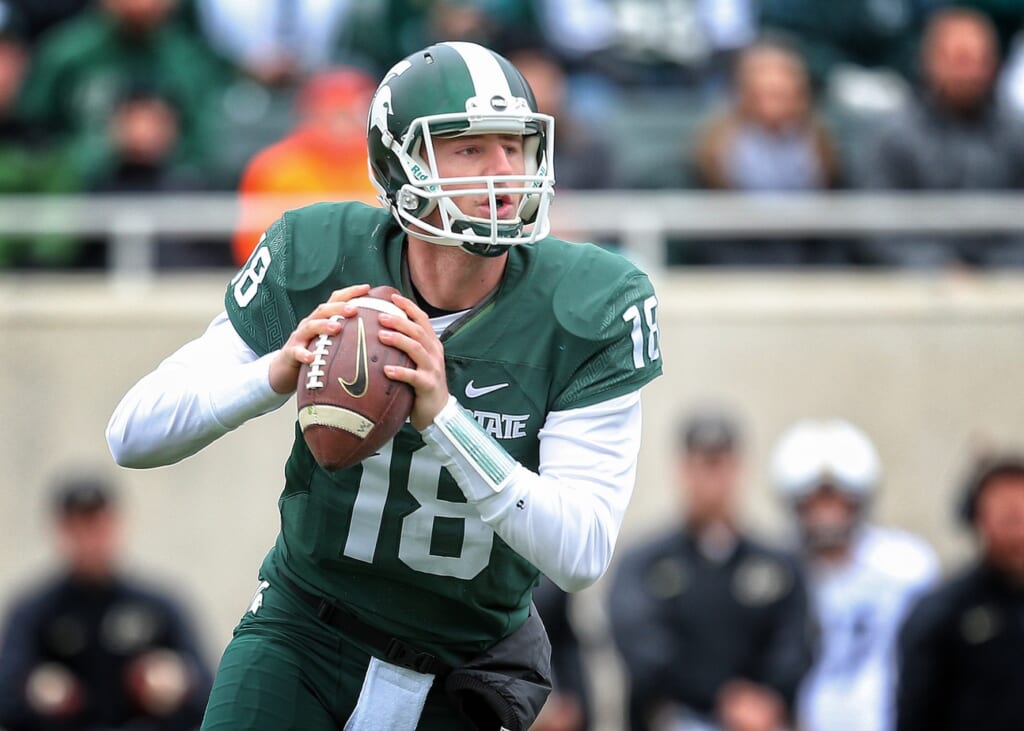 If not, the Cardinals could take a chance on former Michigan State standout Connor Cook, who would sit behind Carson Palmer for the next couple seasons — an ideal scenario for Cook himself.

Even if Arizona doesn’t address its need for a franchise-type guy under center, it now has the capability to add at other positions that were considered lesser needs prior to the acquisition of Jones. This is the pure brilliance of general manager Steve Keim.

Speaking of pure brilliance, some are actually questioning the New England Patriots for making this move. Speaking as someone that once called Tom Brady “washed up,” I have learned my lesson there.

Bill Belichick has a way of robbing teams blind when it comes to draft-centric trades. It’s been a continuing theme of his now Hall of Fame-worthy tenure in New England.

While we will stop short of indicating that the Patriots pulled one over on Arizona here, they did get a relatively awesome haul for a player in Jones that might have been hard to re-sign following his 2016 contract year. 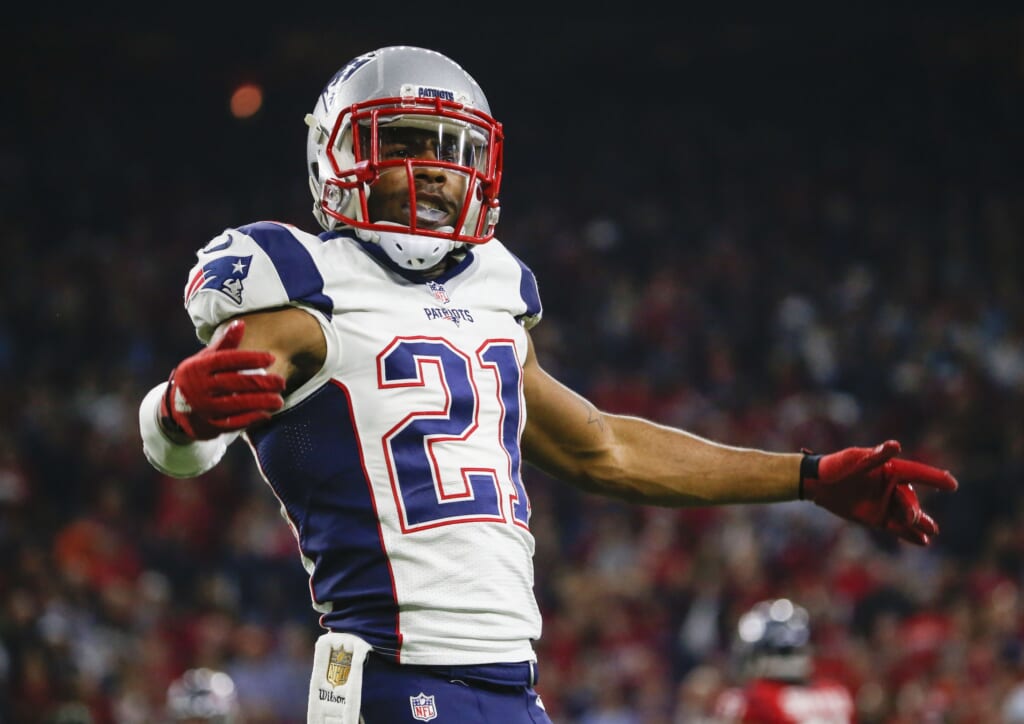 With Jabaal Sheard, Dont’a Hightower, Jamie Collins and Malcolm Butler all set to join Jones on the free agent market next March, the Patriots had to pick their poison here. In reality, they likely figured Jones was the least-likely of the bunch to re-sign, so they made the decision to get something in return.

In acquiring someone of Jonathan Cooper’s ilk, New England potentially finds a darn good starting guard for the next five-plus seasons.

The seventh overall pick back in 2013, Cooper’s early-career production took a dramatic hit when he suffered a broken left fibula during the preseason and missed his entire rookie year. Unable to really work his way back into the mix, Cooper has started just 11 games in the two seasons since.

Arizona was seriously considering moving Cooper to center, but it stands to reason he will play guard in New England.

Still only 26 years old, Cooper boasts a tremendous amount of upside for the Patriots. He also fills a hole of a young offensive lineman, something the team simply doesn’t have a surplus of.

More than anything, the acquisition of a second-round pick in this deal lowers the blow of New England losing its first-rounder.

Now with two consecutive picks at the bottom of Round 2, the Patriots are free to move up and down the draft as they see fit. It’s this type of flexibility that has enabled New England to remain a consistent title contender for nearly the past two decades.

While no one in their right mind will say that the Patriots are better following Tuesday’s trade, we haven’t seen the end of their haul from said trade. Until that happens and depending on what the team turns it into, we have to withhold judgement.

All said, this deal does indeed shake up both conferences.

Arizona filled a position of utmost need while taking advantage of weaknesses within its division. Coming off a 13-win season, this could very well help make the Cardinals odds-on favorites in the NFC.

Meanwhile, New England took a minor step back. You don’t lose your best defensive player without that happening. Yet, it’s still unknown how everything will unfold, and we must trust the brass in New England until it gives us a reason not to.

We also have to understand that the New York Jets are right there prepared to compete with the Patriots in the AFC East. Any further narrowing of the gap here could put New England on notice.

In this, Bill Belichick and Co. must hit the rest of the offseason hard. They likely understand that full well following Tuesday’s blockbuster trade.