Celtics trade center Aron Baynes to the Suns, per report 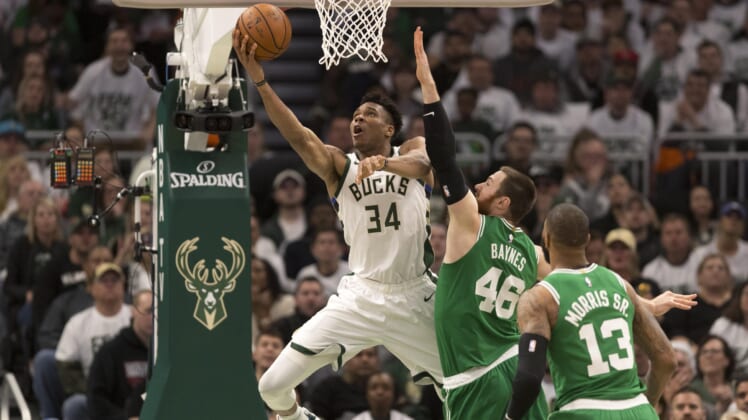 The Phoenix Suns entered Thursday’s NBA Draft with the sixth overall pick. Instead of adding to the team’s young core, they decided to go more the veteran route.

It included trading the sixth pick to Minnesota for the 11th selection and Dario Saric.

Later in the first round, Phoenix acquired veteran center Aron Baynes from the Boston Celtics.

Boston picked up a protected first-round pick from Phoenix (via Milwaukee) in the trade. Also heading to Phoenix is point guard Ty Jerome, who was ultimately selected 24th overall.

Boston was looking to unload Baynes’ $5.45 million contract for next season.

For Phoenix, this doesn’t make a lot of sense after trading T.J. Warren in a salary cap move earlier on Thursday.