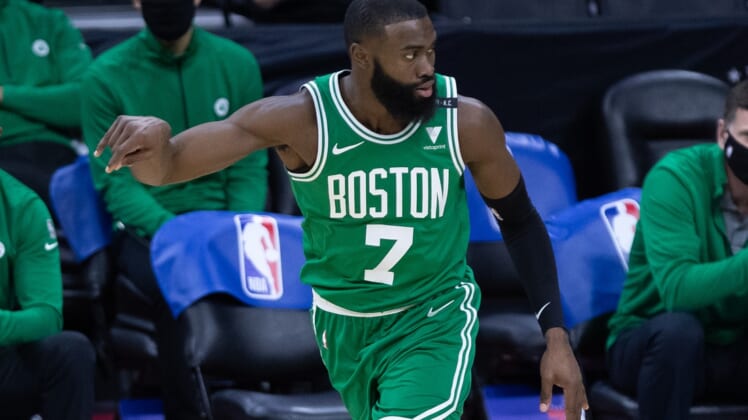 The Boston Celtics look to emerge from their first prolonged losing streak of the season when they host the Cleveland Cavaliers on Sunday night.

The Celtics have dropped three straight, a stretch during which they have been without star forward Jayson Tatum as he recovers from COVID-19. Tatum was considered 50-50 to play in the team’s last game, a 122-110 setback against the Philadelphia 76ers on Friday.

The contest was Boston’s second defeat at division rival Philadelphia in three nights. Jaylen Brown had 42 points and nine rebounds during the losing effort on Friday, though he lamented his defensive play postgame.

Conversely, the Cavaliers are in the midst of their best stretch of the young season, having beaten the Brooklyn Nets in back-to-back meetings to extend their winning streak to three. Cleveland held off Brooklyn 125-113 on Friday night.

“Our identity has been established,” coach J.B. Bickerstaff said. “What’s going to get us there is the experience of doing it night after night. We will continue this; this will be a work in progress all year long until we become what we believe we can become. But you have to do it every single game, and that’s the test for us.”

Sunday’s game marks the only matchup between the Celtics and Cavaliers this season. Boston has won the past eight meetings in the series.

While Brown has flourished during Tatum’s absence, the rest of the Celtics’ offense hasn’t quite pulled its weight. The team’s four other starters combined to score 46 points in Friday’s loss to the 76ers.

Still, coach Brad Stevens, like Brown, has been more critical of the defensive effort during the skid. Boston allowed its opponents to surpass 100 points in each of the three losses.

Restoring that consistency takes on extra urgency for the Celtics looking ahead to their upcoming schedule. After Sunday, the team plays seven of its next eight games on the road, including a five-game western swing.

Cleveland, meanwhile, can look ahead to six of eight games at home beginning Monday against the Los Angeles Lakers. The Cavaliers received a boost when guard Darius Garland returned from eight games missed with a shoulder injury to score 11 points in Friday’s win.

“When we’re a whole, healthy team, we’re very tough to beat,” center Andre Drummond said. “These were great games for us. We have all the tools to be a great team.”

The key to Cleveland’s turnaround has been third-year guard Collin Sexton, who has scored at least 20 points in each of the 10 games he has played this season. Sexton poured in a career-high 42 points in a double-overtime win over the Nets on Wednesday.