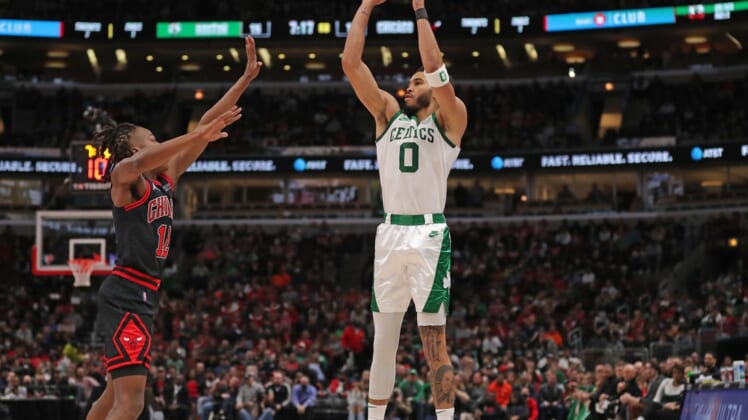 Jayson Tatum and Al Horford won’t play Thursday night when the Boston Celtics face the Bucks at Milwaukee in a game that has playoff-seeding applications.

The team said Tatum was being held out with right patella tendinopathy and Horford with low back soreness.

Each played 30 minutes Wednesday night in the Celtics’ 117-94 road win against the Chicago Bulls. Tatum had 16 points, 10 rebounds and eight assists, and Horford contributed 17 points and 10 rebounds.

Tatum is the team’s leading scorer with 26.9 points per game and also averages 8.0 rebounds. Horford averages 10.1 points and 7.7 rebounds.

For the Bucks, Giannis Antetokounmpo (knee) is listed as probable and Grayson Allen (hip) as doubtful.

The Celtics (50-30) are jockeying with the Bucks and Philadelphia 76ers (both 49-30) for the second through fourth seeds in the Eastern Conference.