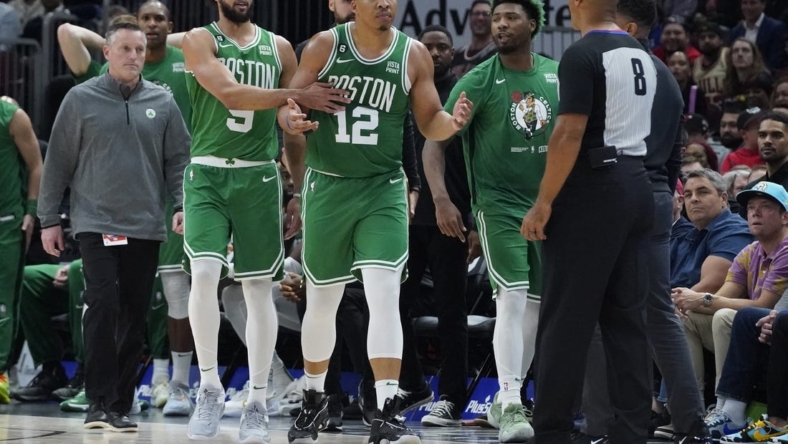 Boston Celtics forward Grant Williams drew a one-game suspension from the NBA on Wednesday for his treatment of a referee on Monday night in Chicago.

A statement from NBA head of basketball operations Joe Dumars said Williams was suspended without pay for “recklessly making contact with and directing inappropriate language toward a game official.”

Williams, 23, was assessed a technical foul after the incident with first-year referee Cheryl Flores and ejected with 8:58 left in Boston’s 120-102 loss to the Bulls. Interim coach Joe Mazzulla was also ejected from the game.

He will serve his suspension Friday when the Celtics play host to the Cleveland Cavaliers.

Williams is averaging 9.5 points, 4.3 rebounds and 24.8 minutes in four games off the bench this season.