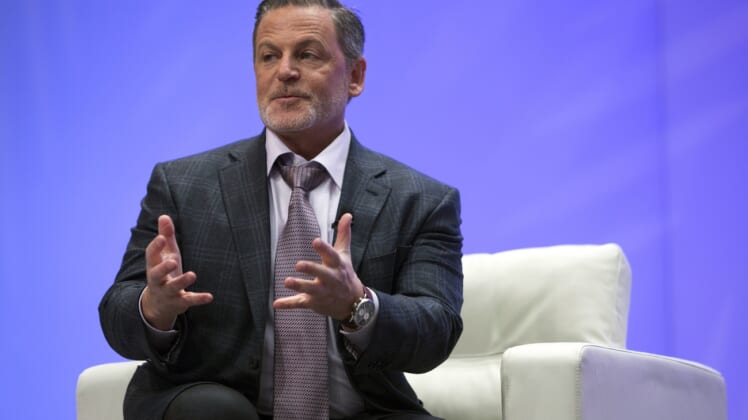 Shares for Rocket Mortgage, the company co-founded by Cleveland Cavaliers owner Dan Gilbert back in 1985, increased by 19% on Thursday, the first day of trading in New York.

This represents the first time we have been able to fully understand the net worth of Mr. Gilbert. It’s long been anticipated that Gilbert had a net worth in the tens of billions, making him one of the richest owners in professional sports.

That’s now official. Thursday’ IPO led to a valuation of Rocket at $40 billion. Per Bloomberg, that’s higher than Ford Motor Co. Gilbert is said to own 73% of the company.

It’s an absolutely astonishing figure in that this makes Gilbert the 28th-richest man in the world, ahead of the likes of casino big wig Sheldon Adelson, who has been attempting to get into the sports world. His relationship with the NFL’s Las Vegas Raiders hit a snag immediately ahead of them relocating from Oakland.

From a pure sports perspective, this news is unlikely to endear Gilbert to an increasingly skeptical Cavaliers fan base following the departure of LeBron James ahead of the 2018-19 season.

Cleveland is said to have the sixth highest-payroll in the NBA right now. Though, the team is looking to sell off veteran assets such as All-Star big man Kevin Love. With his net worth, there’s no reason to believe that Gilbert can’t continually go over the luxury tax in order to help create a perennial contender in Cleveland.