Carolina Panthers may be banking on hiring Sean Payton in 2023 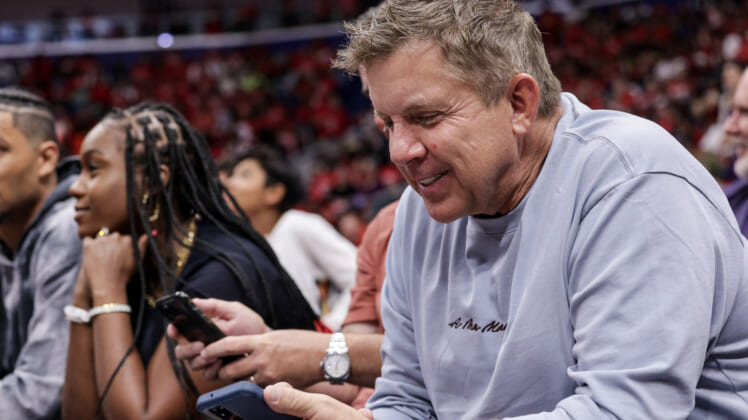 Although the circumstances are much different this time around, Sean Payton will spend a year out of football again, though it appears he’ll head to the broadcast booth during his hiatus, instead of falling into a coaching gig working with his own son like during the Bountygate suspension.

With Payton believed to be discussing a television broadcasting partnership with either Amazon or FOX Sports, few believe the 58-year-old Super Bowl-winning head coach is done roaming the NFL sidelines. At least not for good.

With Matt Rhule’s future in question, Panthers may want Payton

One franchise hoping to get their paws on Payton in the near future are the Carolina Panthers, who aren’t sold on Matt Rhule going forward.

As Michael McCarthy of Front Office Sports passes along, team owner David Tepper may be just fine waiting a year to see if Payton entertains a return to coaching in 2023.

While an official Panthers spokesperson didn’t want to speculate, at the risk of tampering since Payton is technically under contract with the New Orleans Saints through 2024, this is an expected response.

“We would not talk to — or consider — a coach who’s under contract with another team.”

Back in January, Saints general manager Mickey Loomis mentioned he was prepared to negotiate with teams regarding a potential Sean Payton trade, but discussions didn’t appear to get far, as the asking price will be “significant”.

The cost for a Payton trade won’t suddenly go down in 2023 either, but maybe it’s a price the Panthers are willing to pay. For Payton, the chance to return to coaching in the NFC South, facing his old team twice per season might be the trigger that brings him back to the whistle.

Whether the Saints are willing to hear out the idea of sending their franchise’s all-time wins leader to a division foe is an entirely different problem. A year with Dennis Allen could give them a different outlook, whether good or bad is up to the team’s results this season.

Either way, Payton figures to have plenty of teams interested in hiring him as a head coach starting in 2023, whether the interest is mutual remains to be seen.

Related: Cam Newton returning to the Carolina Panthers still in the cards