The Carolina Panthers have fired their head coach after another bad start to their season. 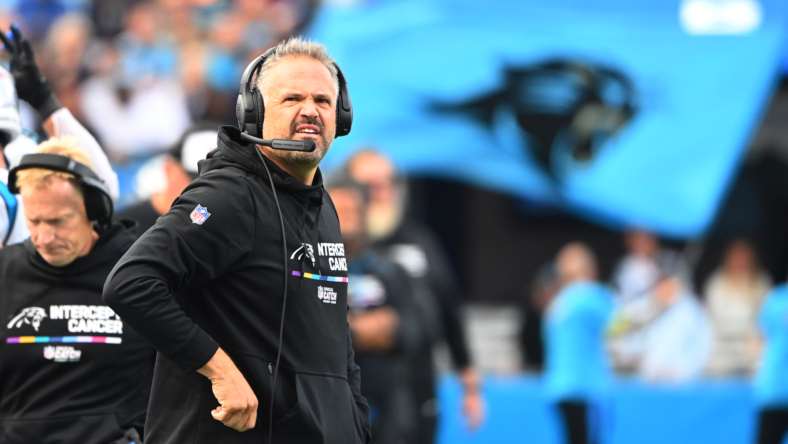 After trying just about everything to try and jumpstart the Carolina Panthers, the organization has finally decided to fire head coach Matt Rhule three years into a seven-year contract paying him $62 million. Rhule’s Panthers had largely underperformed during his tenure, going 11-27 during his time in Carolina, but it seems team owner David Tepper has finally had enough.

The latest decision comes after yet another blowout loss, this time in a 37-15 defeat to the San Francisco 49ers to send the Panthers to 1-4 on the season. Carolina went 1-27 in games where their opponent scored 17 or more points, the clearest indication that this team just could not put enough points on the board under Rhule.

Defensive coordinator Phil Snow was also let go after following Rhule from their college days coaching together. His unit ranked 21st in the NFL, allowing 24.4 points per game, which is the same rank Carolina’s defense finished with in 2021.

Related: Why Baker Mayfield should be done as the Carolina Panthers starting QB

Matt Rhule was fool’s gold all along

At the time of his hiring, Rhule was highly-sought after by some franchises. Many felt he was on a fast track to becoming the next college coach to find success in the NFL. The hope was that Rhule, after turning around both Temple and Baylor, could also turn around the Panthers.

Only, that wasn’t the case.

In Rhule’s second season, the offensive coordinator became the scapegoat, with former LSU passing game coordinator Joe Brady being let go prior to Week 14. Their offense didn’t get any better. Carolina averaged 19.6 points per game in 12 contests under Brady and just 13.6 in the five games after.

Never having a quarterback who could find success was likely the biggest factor that did Rhule in. In his first season, Teddy Bridgewater was given a shot, but he only managed a 5-11 season before being replaced the next year by another former first-round QB. Sam Darnold came in via trade, and it was largely the same story. The team finished 5-12, and Darnold had four wins across 12 starts.

Then, we got to 2022, when the Panthers traded for Baker Mayfield, hoping he could save the franchise from its impending doom. Yet, here we are, and Mayfield too is facing questions about his play. Basically, the Panthers have tried everything with Rhule, and it hasn’t worked. Now they’ll try to move on without him and see if the results get any better. But they can’t get much worse.

Steve Wilks will take over on an interim basis before the Panthers launch a new search for a head coach this upcoming offseason. Rhule will likely head back to college, where he was once again being pursued this past offseason, only he wanted to stick it out with Carolina a bit longer.

Now, Rhule’s back on the streets, and Tepper still owes the coach $40 million. Not a bad gig if you can get away with it.