Cards slip by Royals thanks to 3 homers 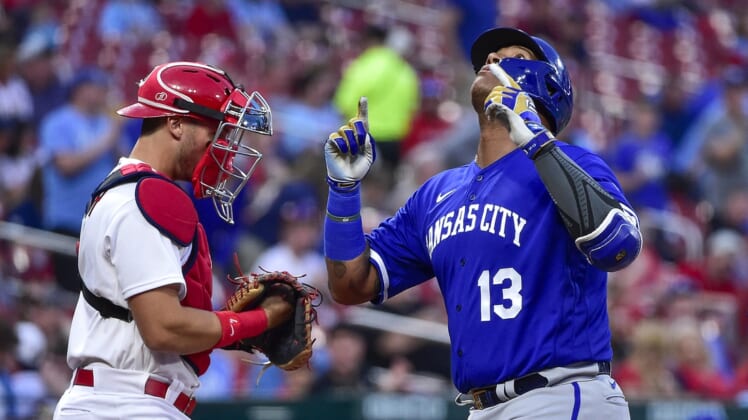 Albert Pujols went 3-for-4 with a homer, the 680th of his career, and scored two runs as the Cardinals won for the third time in four games.

Giovanny Gallegos closed out the ninth inning to earn his first save of the season.

The Cardinals staged a two-out rally in the first inning to take a 3-0 lead. Tyler O’Neill lined a single and Arenado followed by drilling his homer into the left field seats.

Arenado is 7-for-16 this season with three doubles, three homers, five runs scored and nine RBIs.

Pujols followed with his homer — his first since he rejoined the team — and earned a standing ovation at Busch Stadium.

Perez led off the second inning with his first homer. Adalberto Mondesi later reached on an infield single, then Taylor’s two-run shot tied the game 3-3.

The Cardinals took a 6-3 lead in the fourth inning. Singles by Pujols and Tommy Edman set the stage for Knizner’s three-run blast.