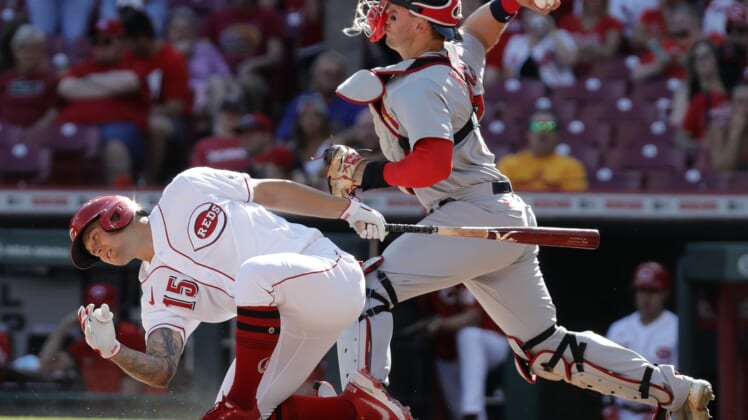 Dakota Hudson allowed just two hits in 6 2/3 innings and Paul Goldschmidt blasted a two-run double to lead the St. Louis Cardinals to a 5-0 victory Saturday over the host Cincinnati Reds, who lost its 11th straight game.

The Cardinals are headed in the opposite direction. They have won six of their past eight games by a combined score of 33-16.

St. Louis jumped out to a 1-0 lead in the second inning when Andrew Knitzer’s single to right field scored Harrison Bader, who had led off with a walk.

The Cardinals doubled their lead in the fifth, when Tommy Edman scored on Corey Dickerson’s infield single before Goldschmidt delivered the big blow an inning later.

With two out in the sixth, Knitzer doubled to deep center before Edman was hit by a pitch. Goldschmidt cleared the bases when he smacked a double to deep left-center field for a 4-0 lead.

Hudson (1-1) yielded just two hits — a double by Nick Senzel and a single by Aramis Garcia — to go along with four strikeouts and four walks before being relieved by Andrew Pallante with two outs in the seventh.

Tyler Mahle (1-2) allowed two runs on five hits with three strikeouts and three walks in 4 1/3 innings for the Reds.

Edman, who went 1-for-3 with two runs scored, capped the scoring in the eighth with a single to right that plated Bader.

Goldschmidt, Knitzer and Dylan Carlson each had two hits for the Cardinals, while the Reds finished with just three total hits.