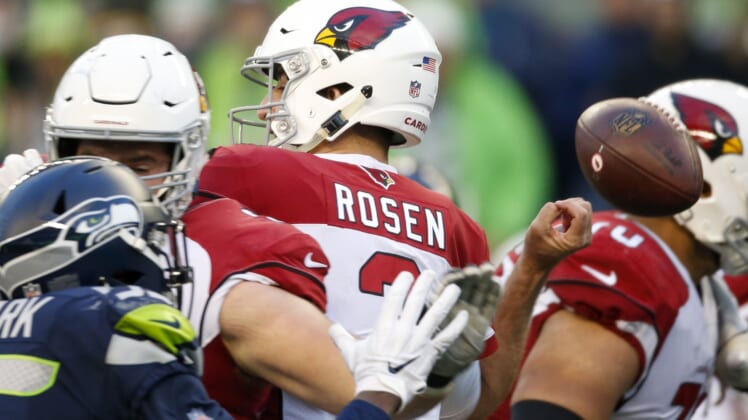 It’s looking more and more like the Arizona Cardinals will be selecting reigning Heisman winner Kyler Murray No. 1 overall in the 2019 NFL Draft.

Scuttlebutt around the league during the NFL Scouting Combine was that first-year head coach Kliff Kingsbury was telling others that Murray would to go the desert.

At that point, other reports suggested that Arizona was looking to trade 2018 top-10 pick, quarterback Josh Rosen.

Now comes this piece of information from NFL Media’s Charley Casserly (h/t James Palmer) noting that the Cardinals have indeed confirmed they are shopping Rosen.

my man @CharleyCasserly just said on @nflnetwork that he’s spoken to a team today that confirmed the Cardinals are shopping Josh Rosen.

This really could be a tell. If Arizona were to move Rosen near the start of free agency next week, it’d be a clear indication that the team has settled on Murray with the first pick.

We previously looked at 10 teams as potential landing spots for Rosen. Most recently, the Washington Redskins have come up in the rumor mill.

If this were to go down, it would change the entire dynamic at the top of the 2019 NFL Draft — starting with the San Francisco 49ers at No. 2 overall.