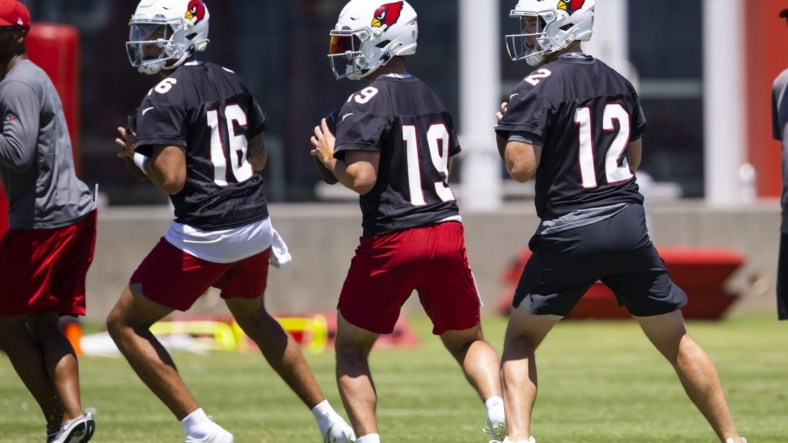 McCoy, 36, will have to miss at least the first four games of the season. McSorley, 27, will open as Kyler Murray’s primary backup.

McCoy has been battling an arm issue through much of training camp.

Neither McCoy nor Murray appeared in a preseason game, with McSorley taking a majority of the snaps under center.

McCoy went 2-1 last season in place of Murray, who missed time with an ankle injury. Overall, McCoy is 10-23 as a starter with five different teams. He has thrown for 7,195 career yards and 33 touchdowns in 52 games (33 starts).

McSorley has appeared in three games – all with Baltimore – and has thrown just 10 passes while completing three, one for a TD. He was a sixth-round pick of the Ravens in the 2019 draft.

The Cardinals open the season Sunday at home vs. the Kansas City Chiefs.