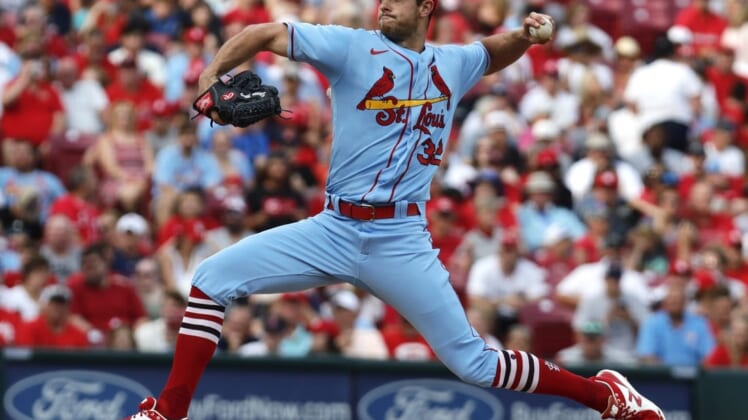 Left-hander Steven Matz could be ready to rejoin the Cardinals in September, even if he returns as a reliever.

St. Louis manager Oliver Marmol said Thursday that Matz will throw off the mound this weekend, less than a month after tearing the MCL in his left knee while fielding a ground ball in Cincinnati.

Matz is 3-3 with a 6.03 ERA this season, his first with the Cardinals after signing a four-year, $44 million deal in the offseason.

Advancing his rehab at this stage could be a swift process. While Matz was out, the Cardinals added left-handers Jordan Montgomery and Jose Quintana at the trade deadline.

“Our hope is he gets [to throw] off the bump,” Marmol said of what role Matz would have if he returns. “Knowing his personality, he’d be open to whatever is needed. I haven’t put real thought into [his role] until he gets off the mound and says, ‘I’m feeling pretty good.’ Then, we’ll figure out what’s the best to do there.”

In his first start back from a two-month absence caused by shoulder discomfort, Matz had seven strikeouts in 5 1/3 innings against the Reds when he was injured on July 23.