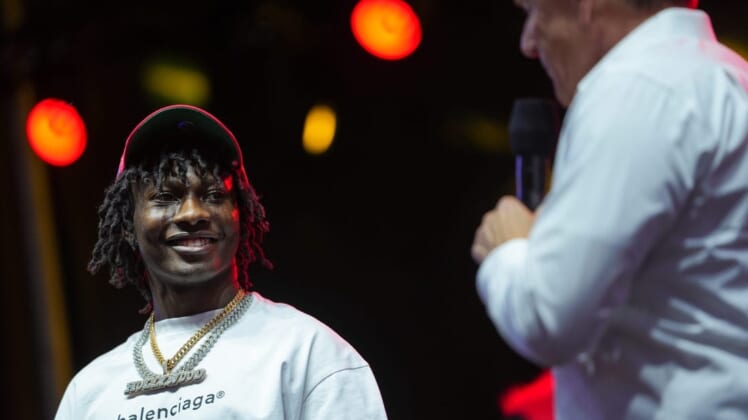 Brown was nursing a hamstring injury he sustained while running routes away from the team facility.

The 25-year-old Brown was traded from the Baltimore Ravens along with a third-round pick to the Cardinals on April 28 in exchange for the 23rd overall selection of the 2022 NFL Draft.

Brown was the Ravens’ first-round selection in the 2019 draft, and he played three seasons with quarterback Lamar Jackson in Baltimore. He posted his first 1,000-yard season in 2021 when he caught 91 passes for 1,008 yards and six touchdowns in 16 games (all starts).