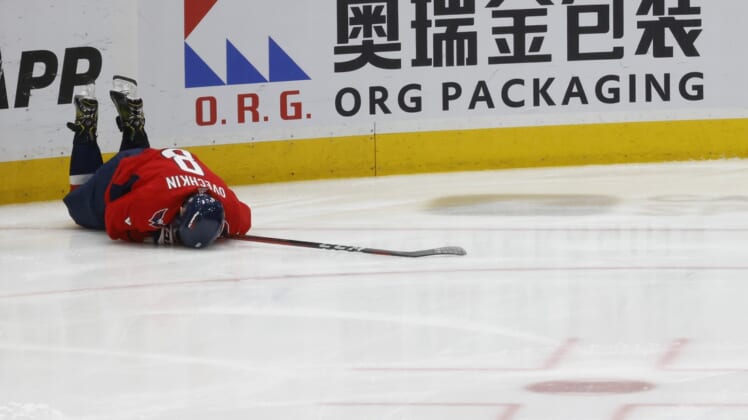 Washington Capitals superstar captain Alex Ovechkin will be a game-time decision against the visiting New York Islanders on Tuesday.

Ovechkin didn’t participate in Tuesday’s morning skate and remains day-to-day after sustaining an upper-body injury that forced him out in the third period of Sunday’s 4-3 loss to the Toronto Maple Leafs.

The Capitals have clinched a playoff spot, but they are fighting for a better seed.

The Capitals (44-23-12, 100 points) are one point behind the Pittsburgh Penguins for third place in the Metropolitan Division. In the wild-card race, they are three points behind the Boston Bruins for the first wild-card spot in the Eastern Conference.

Washington has three games remaining: a home-and-away series with the Islanders on Tuesday and Thursday and the finale on Friday at the New York Rangers.

The injury occurred on a breakaway two minutes into the third period against the Maple Leafs. Ovechkin lost his footing after tripping over Toronto goalie Erik Kallgren’s stick. Ovechkin went shoulder-first into the boards and left the game.