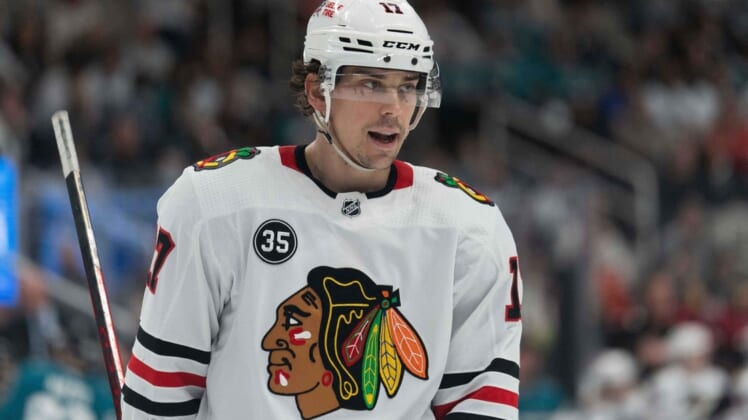 The Washington Capitals signed center Dylan Strome to a one-year contract worth $3.5 million on Thursday.

Strome was an unrestricted free agent after the Chicago Blackhawks elected not to make him a qualifying offer before the start of free agency Wednesday.

Washington added a center in the midst of some uncertainty at the position. Nicklas Backstrom, 34, has said he will attempt a comeback from hip surgery.

Strome also has appeared in nine career playoff games. He has two goals and one assist in those contests.

He was not the only member of the Strome family on the move this week. His older brother, Ryan Strome, left the New York Rangers in free agency to sign a five-year deal with the Anaheim Ducks.