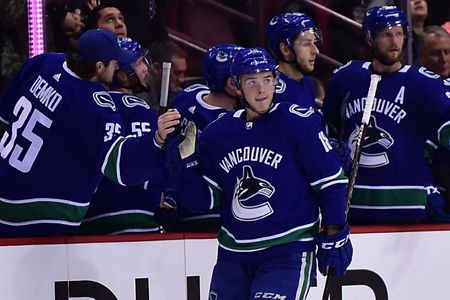 The deal, which carries an average annual value of $2.55 million, will avert a salary arbitration hearing between the two sides.

“Jake has continued to make progress on his two-way game and remains a contributor offensively, using his speed and size to generate chances,” Canucks general manager Jim Benning said. “We look forward to him taking additional steps in his growth this year to help our team be successful.”

Virtanen has collected 95 points (50 goals, 45 assists) in 279 career games since being selected by the Canucks with the sixth overall pick of the 2014 NHL Draft.