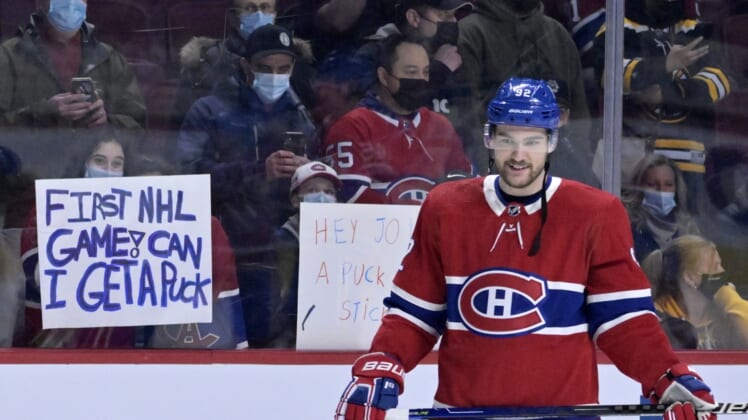 Montreal Canadiens forward Jonathan Drouin is sidelined indefinitely with an upper-body injury and has been placed on injured reserve.

The Canadiens also announced Friday that forward Brendan Gallagher will miss one week with a lower-body injury.

Per the team, Drouin remains home for precautionary reasons after coming into contact with someone who tested positive for COVID-19.

He has 252 points (75 goals, 177 assists) in 427 career games with the Tampa Bay Lightning and Canadiens. He was selected by the Lightning with the third overall pick of the 2013 NHL Draft.