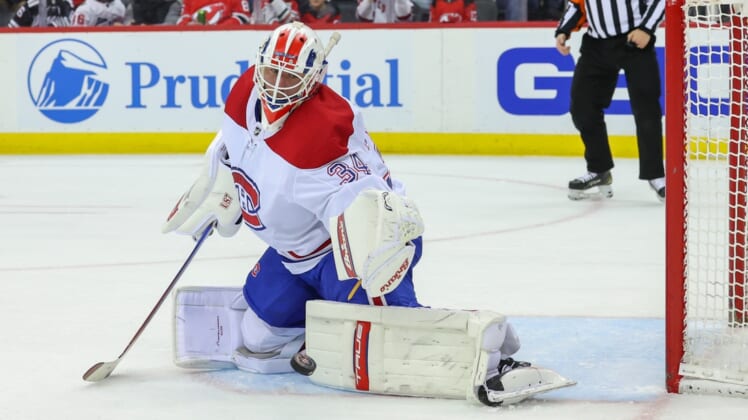 Montreal Canadiens goaltender Jake Allen and rookie defenseman Justin Barron will sit out the remainder of the season due to their respective injuries, the team announced Tuesday.

Allen sustained a groin injury during Montreal’s 3-2 loss to the Toronto Maple Leafs on Saturday. He turned aside 14 of 15 shots before exiting the contest in the first period.

Barron sustained an ankle injury that won’t require surgery in Montreal’s 6-3 loss to the Ottawa Senators on April 5.

Barron, 20, scored his first career goal in that contest. He also had an assist during his five games this season with the Canadiens.

He was a first-round draft pick (25th overall) by Colorado in 2020 and joined Montreal in the March 21 trade that sent forward Artturi Lehkonen to the Avalanche.