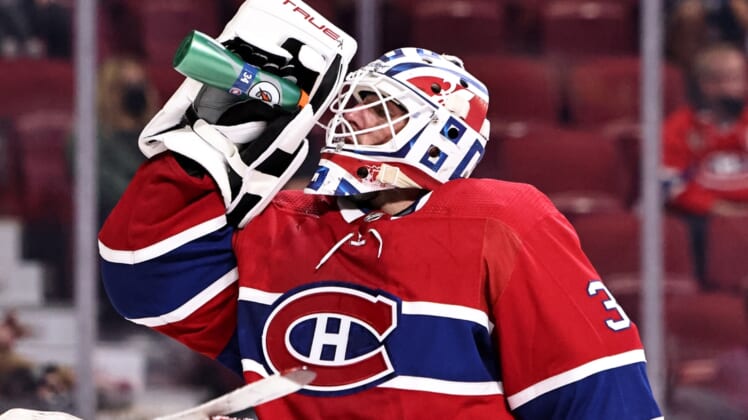 Price, 34, has undergone treatment for his mental health and been in recovery from knee surgery since his last appearance in the 2021 Stanley Cup Final.

He had knee surgery on July 23, about two weeks after the Canadiens lost the decisive Game 5 of the Stanley Cup Final against the Tampa Bay Lightning.

Before the start of the 2021-22 season, Price voluntarily entered the NHL/NHLPA player assistance program to address his mental health. He said in a statement in November that he’d let himself “get to a very dark place” and entered a residential treatment facility for substance use.

He returned to the team in November to resume his injury rehab before the Canadiens had to shut down team activities in early January due to a COVID-19 outbreak. Price contracted the coronavirus during that time.

On Jan. 17, Montreal announced Price would need to restart his rehab but there was no timetable for his return.

The Canadiens (20-43-11, 51 points) open a four-game homestand against the Islanders. Montreal has eight games left in the regular season.