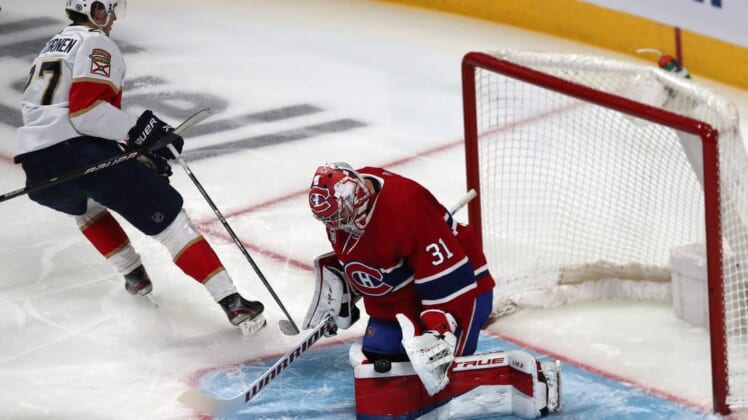 Montreal Canadiens general manager Kent Hughes told reporters Thursday that goaltender Carey Price might not be available for the 2022-23 season due to a “discouraging” update on the recovery of his knee.

The Canadiens are operating under the assumption that Price won’t be ready for the start of the season and might not play at all.

The Habs acquired forward Sean Monahan in a trade with the Calgary Flames earlier Thursday; Hughes said the team believed it has the cap space necessary for Monahan given what they know about Price’s health. Placing a player on long-term injured reserve allows an NHL team to exceed the salary cap.

Price underwent knee surgery July 23, 2021. Before the start of the 2021-22 season, he also entered the NHL/NHLPA player assistance program and later said he had entered a residential treatment facility to treat substance use.

He eventually returned to play five games at the end of Montreal’s season, going 1-4-0 with a 3.63 goals-against average and an .878 save percentage.

Price, who turned 35 on Tuesday, told reporters in January that the prospect of retirement was “always a possibility,” but he wasn’t ready to call it a career yet. He’s under contract with the Canadiens through the 2025-26 season.