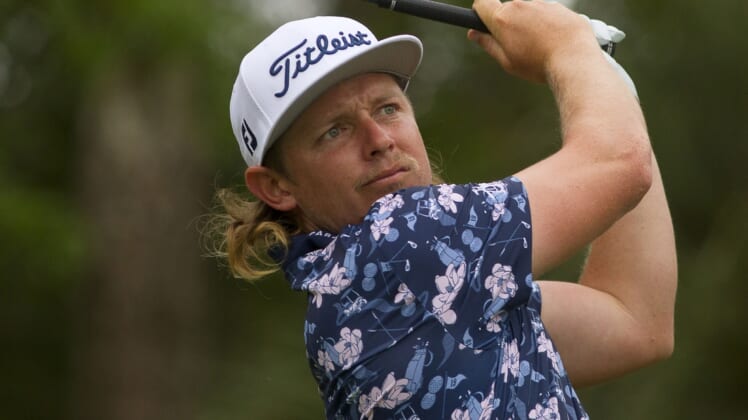 Australia’s Cameron Smith fired a blistering 9-under 62 at Harbour Town Golf Links on Thursday to grab a one-shot lead over Stewart Cink at the RBC Heritage in Hilton Head, S.C.

The 27-year-old Smith, who tied for 10th at last week’s Masters Tournament and is currently No. 26 in the Official World Golf Rankings, recorded his lowest competitive round on the PGA Tour. His bogey-free round featured five birdies on the front and four on the back, including a birdie-birdie finish. He also notched impressive up-and-down saves for par on 13 and 16, and holed out his greenside bunker shot on the par-3 17th.

“Everything just came together,” said Smith, a six-year PGA veteran with two titles to his credit (2017 Zurich Classic of New Orleans, 2020 Sony Open). “It was a great day on the green. I was hitting my irons really good, I had lots of good looks and I just took advantage of them.

Cink opened his round Thursday with a tee shot into a water hazard but rebounded with seven birdies and an eagle to grab the early advantage. He had four birdies and the eagle on his back nine.

The 47-year-old posted his best-ever round at Harbour Town following 74 previous professional rounds on the track. Cink comes in confident after finishing tied for 12th at last week’s Masters and a top-20 finish in his previous event, The Honda Classic.

After his round, Cink tweeted: “So many good memories at the RBC Heritage. Happy to add today’s 63 to that list!”

So many good memories at the @RBC_Heritage. Happy to add today’s 63 to that list! pic.twitter.com/YvGGoRnlaM

Tied for third at 6-under are Englishman Matt Wallace and WGC Workday Championship winner Collin Morikawa, while Americans Charles Howell III, Billy Horschel and Harold Varner III shot 66 and are tied for fifth.

Wallace, who carded a bogey-free round, finished third at the Texas Open at 14-under and was tied for 34th last week at The Masters.