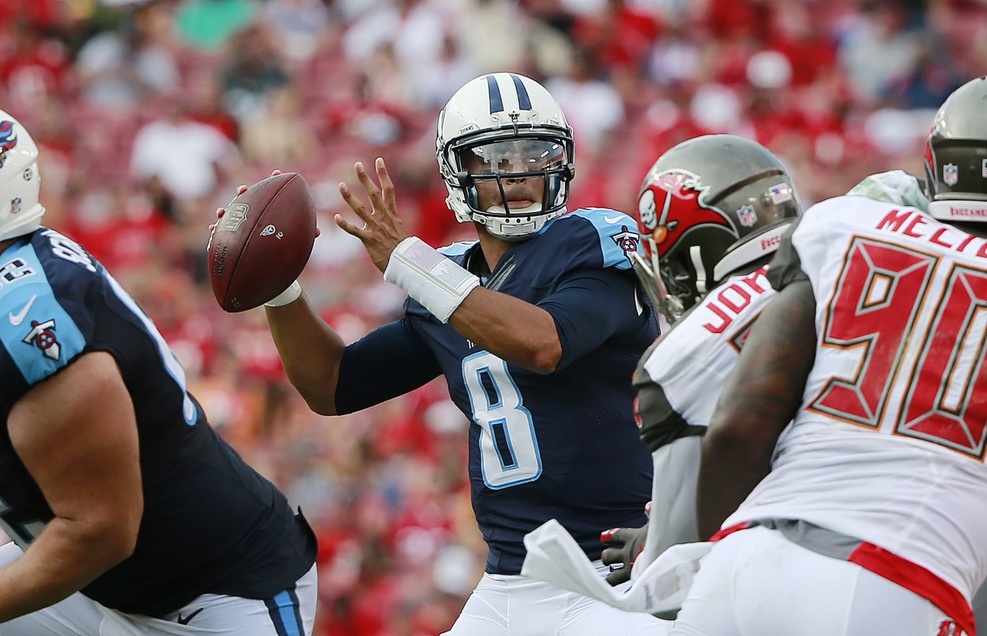 Ok, so he’s not REALLY divine, but Mariota is a legitimate superstar in the making.

While Winston flailed away during his first NFL start, Mariota was so good his farts smelled of lavender and his sweat glistened with gold flakes.

The Titans rookie finished with a perfect 158.3 passer rating, completing 13-of-16 passes for 209 yards with four touchdowns and no interceptions.

He was even pulled in the fourth quarter—receiving the preferred veteran’s treatment—when the game was out of hand and head coach Ken Whisenhunt inserted backup Zach Mettenberger to play in garbage time.

While most of America marveled at the brilliant performance, Mariota’s teammates weren’t surprised at all.

“Now he has shown everybody what he can do in a real game and a lot of people will be surprised,’’ receiver Kendall Wright said, via the team’s official website. “But that’s the way he played all training camp and all of the preseason. It’s what we expected.”

Mariota entered the league with a phenomenal set of skills, including the most important attribute for NFL quarterbacks, which is pin-point accuracy. His teammates raved about it all summer long, and fans finally got to see it in action for a full game.