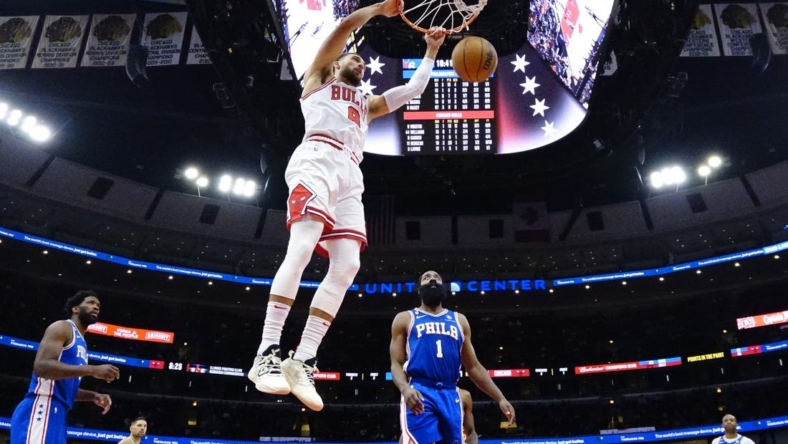 Zach LaVine plans to be on the court with friend and training partner Kevin Durant on Tuesday night when the Chicago Bulls face the Brooklyn Nets.

But LaVine is unlikely to play in the back-to-back situation on Wednesday with the Charlotte Hornets due to visit Chicago.

The decision is part of a larger injury-prevention plan focused on the health of LaVine’s left knee. He didn’t play last Friday in a 129-124 loss to the San Antonio Spurs for that reason.

LaVine, 27, is averaging 22.5 points per game this season, his first on a five-year contract worth $215 million signed in July.

A two-time All-Star, LaVine had his left knee scoped in the offseason. He has played in four of Chicago’s seven games this season.