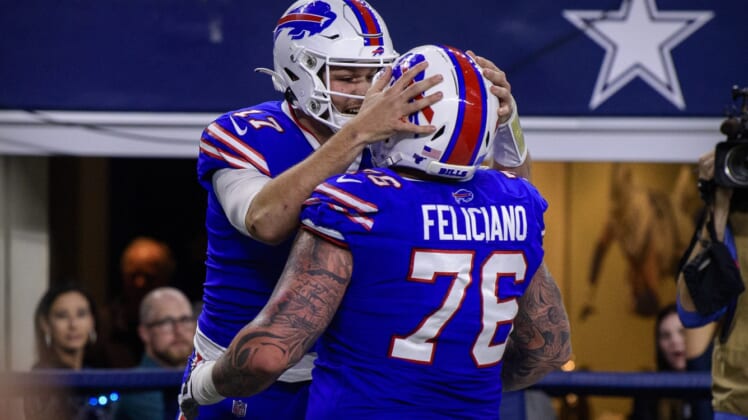 The upstart Buffalo Bills are seen by many as the favorites in the AFC East this coming season after a surprising 2019 campaign.

However, the margin for error is not great after the New England Patriots added former NFL MVP Cam Newton to the mix recently.

According to Buffalo News, the 28-year-old Feliciano underwent surgery for a torn pectoral muscle on Friday and will miss 3-4 months. This means that he could be lost for the season.

A fourth-round pick of the Raiders back in 2015, Feliciano started all 16 games at right guard for Buffalo this past season. He was a stabilizing force on the interior of the Bills’ offensive line.

Who will replace Feliciano in the Bills’ lineup?

At this point, free-agent signing Daryl Williams has to be seen as the odds-on-favorite to move inside. He’s a former All-Pro performer at tackle for the Carolina Panthers before injuries derailed a once-promising career. Fellow veteran Spencer Long could also be an option.

Buffalo finished last season with a shocking 10-6 record, losing to the Houston Texans in the wild card round. Now that the Patriots are without Tom Brady for the first time in two decades and with the team seeing multiple players opt out of the 2020 season, the picking is ripe for Buffalo in the AFC East.